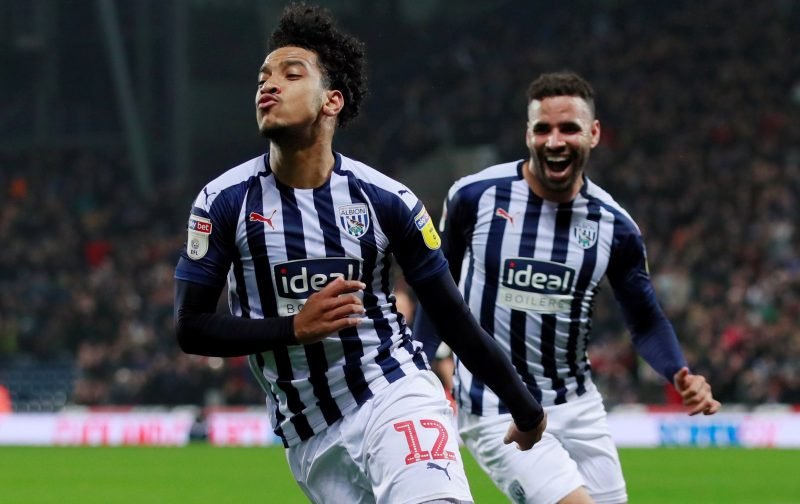 There are few associated with West Bromwich Albion who don’t get how good a season we are having, and the impact that new gaffer Slaven Bilic has had on our first team squad – and there can be even fewer who don’t appreciate the role that on loan Matheus Pereira has played so far.

With the 23-year-old Brazilian arriving from Sporting back in August, he’s already had a fantastic impact on our rise to the top of the Championship table and the attacking midfielder has chipped in with five goals and ten assists already in only 15 starts and three substitute appearances in the second tier.

Having already made himself a fan favourite and gained plenty of praise for his performances so far, with talk of a £9million transfer fee that either comes into play in January, or worst case, the summer, there have already been reports that he’s provisionally agreed contract terms at The Hawthorns in advance of any deal going through.

It’s clearly a no brainer from our point of view and plenty of fans would already rate him in the conservative £20-25million bracket, so it’s been a fantastic little deal from our Board – and we haven’t been able to say that in a while.

Money doesn't seem to mean much in football anymore but if we had to pay £20m-£25m for him next season I'd say he was worh it. Let's just make sure there's no release clause in his new contract 😂

Easily £20-£40 million in today’s market. Ofcourse he hasn’t played in the premier league, but he’s so much better than the championship hence why he could easily withhold a £40 million transfer fee. We’ve got our self an absolute diamond.