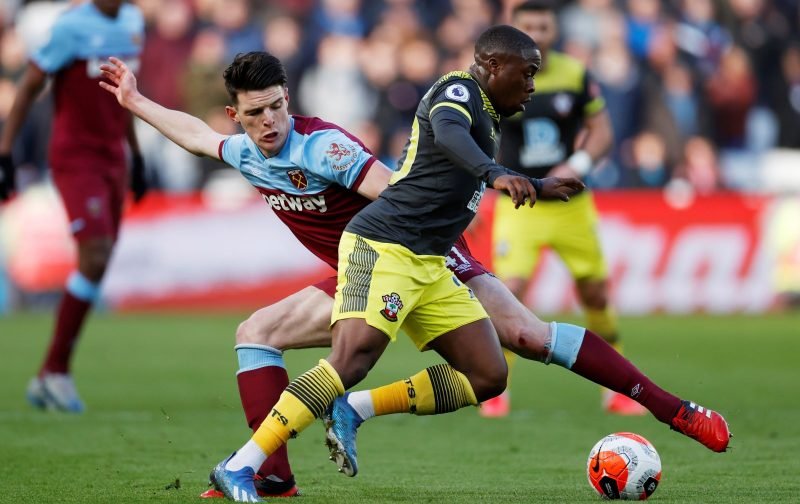 West Brom and Aston Villa are both interested in signing 20-year-old Southampton striker Michael Obafemi, a report from The Sun has claimed.

Obafemi has made 33 first-team appearances in all competitions for Southampton’s first-team since graduating from the club’s academy, scoring five times.

The young striker has also been capped once at senior international level by the Republic of Ireland, and it now seems that Obafemi is attracting plenty of attention from elsewhere.

According to the latest reports, both West Brom and Villa are interested in signing Obafemi as they look to boost their goalscoring options for the coming campaign.

However, it is thought that Southampton manager Ralph Hasenhuttl is a fan of Obafemi, meaning it could take an offer of around £10million to prise the striker away from St Mary’s.

Taking to Twitter to react to those claims, plenty of West Brom fans were keen to have their say on those reports about the club’s interest in Obafemi.

£10 million would definitely be with add ons. For example, an initial fee of £…m. An extra fee for staying in the PL, appearance fees, goals and potentially international caps. Great young player, fast, strong.

No. Good young striker but for 10 mill, you having a laugh!

I would be really happy with this