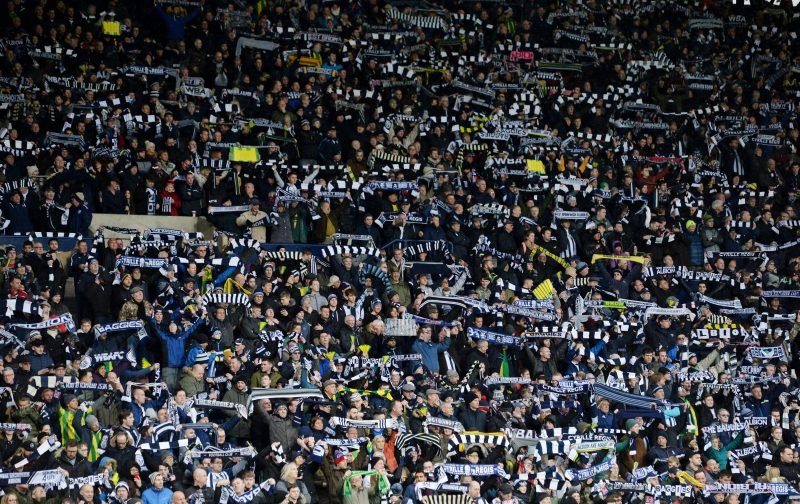 With West Bromwich Albion fans naturally getting a little bit tetchy when it comes to news that talented Academy graduates have been offered a new deal at The Hawthorns – but said deal goes unsigned – on Tuesday afternoon, the club confirmed that young prospect Jamie Soule had signed a new three year deal with us.

The 18-year-old has regularly impressed at both Under 18 and Under 23 level over the past few seasons, and having been with us for the last decade, fans will certainly be hoping we start to see a little bit more of him over the course of his new deal.

I don’t follow our young lads closely, but in his interview he talks himself about being top scorer at the Development Level so far this season, so everyone will be hoping he can continue that as no doubt head coach Slaven Bilic is keeping his eye on his development, as we look for options as the year progresses and we no doubt get hit with some injuries and suspensions.

Can he come in through the main door now?

Brilliant news!
Academy talent who have been with us for many years are the very heart and Soule of the club ????????
I look forward to seeing you in the first team one day Jay ????????????

Great news, and follow in the footsteps of Nathan Ferguson, not Izzy Brown, you can develop as a teenager with the Baggies…

Excellent news – his game is more than just goals. I think he's got an opportunity to break into our 1st team squad given that we lack viable options up front.

Great news that he has committed his immediate future to the Albion and has not had his head turned. Excellent prospect from what I've seen of the lad, congratulations Jamie and I'm sure the progression opportunities will come your way very soon.