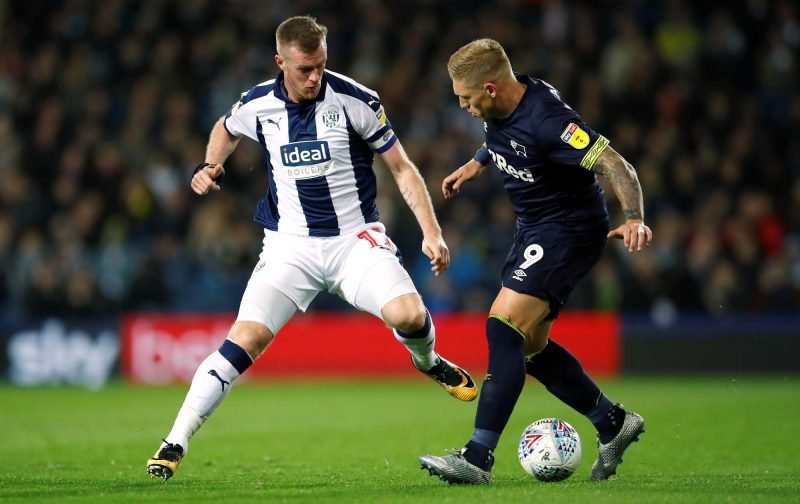 West Brom’s win over West Ham on the weekend was a very impressive performance and a win that will live long in the memory for the Baggies, as Slaven Bilic’s much-changed recorded a 1-0 win against the Premier League side in a game where many fringe players starred.

“Hopefully we can keep that cup run going.”

How good was Brunty yesterday?

Catch his thoughts on the win against @WestHam over at https://t.co/CZ5IBrM5e0… #WBA pic.twitter.com/5ruEqauRzo

One of those who was superb on the day was the veteran Chris Brunt. The midfielder rolled back the clock with his display against the Hammers, and alongside his fellow experienced midfielder Gareth Barry, the Baggies were superb and were very deserving of the win.

After the result, the fans have been lauding Brunty, and have been calling for him to be given more of a chance in the first team when they’re involved in Championship action, as it’s clear that he still has his worth and has running in his legs.

You can read the Baggies’ thoughts on Brunt here:

Still think Brunty can play a massive part this season. Proved yesterday that class is permanent

It was like watching a game 10 years ago when Brunty used to control the left side of midfield. What a great servant to our club. Testimonial????

Get him more game time in the league

The Baggies love Brunt, and will be keen to see more of the midfielder in the coming months.