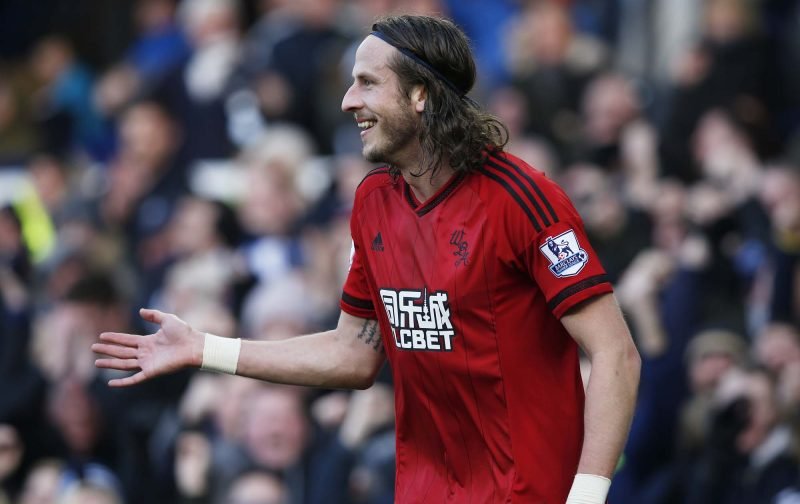 Late on Friday whilst most West Bromwich Albion fans had eyes on the upcoming clash with Huddersfield Town on Sunday, or they were mulling the departure of Under 23 gaffer Michael Appleton who accepted the overtures of Lincoln City. One other piece of news from the day caught some traction though, and that was the retirement of Baggies stalwart, Jonas Olsson.

Congratulations on a fantastic career, @J_OlssonViasat ????????

Having headed into the club back in August 2008 from NEC Nijmegen, it’s not unfair to say that the now 36-year-old established himself as a clear fan favourite and legend for his commitment on the pitch. With an almost decade stay at The Hawthorns, his £800,000 price tag was a complete snip and when he finally departed in 2017, he had made 253 starting appearances for us, with a further eight showings from the bench. Across those games he also chipped in with 14 goals and plenty of fond memories.

Jonas has today hung up his boots…

With news of his retirement coming through, he understandably took plenty of praise from the fans on social media given their memories of the man for us.

Best wishes in your retirement Big man, hope to see you back at the Hawthorns in the near future. #alwaysabaggie ????⚪️

Jonas you will always be my legend. What a superstar.

Absolute legend. In my life time he is up there with the best – GMac Moore Evans Siggy but this man is as good as any

His gym magnet 1 of only 2 ex players to make it onto my fridge door. Happy retirement Jonas. You were a legend ???? pic.twitter.com/SF5CwjyRPw

Announce him as U23 manager

Always welcome back to the Albion, Jonas. All the very best & enjoy your retirement ???????? #leader pic.twitter.com/PExF5etdlQ