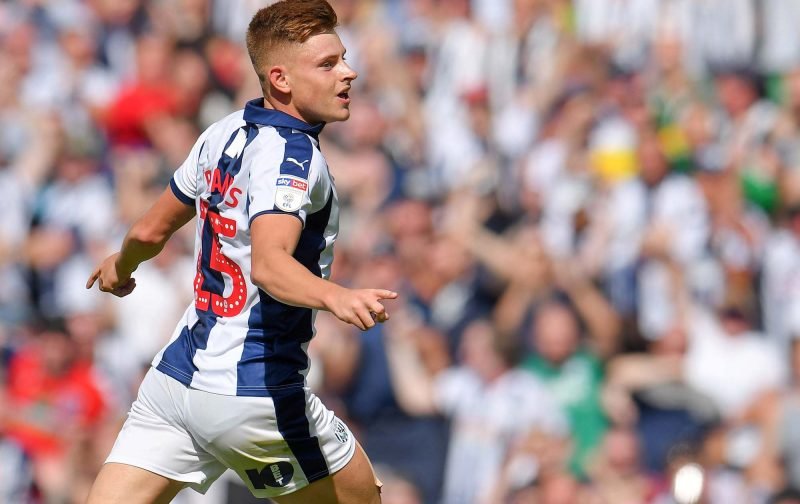 West Bromwich Albion’s long serving midfielder Chris Brunt has this week insisted that the club would’ve secured automatic promotion back to the Premier League from the Championship had Leicester City not recalled loanee Harvey Barnes.

The 21-year-old talent was in many ways the signing of the summer for us as we brought him in from the Foxes, and he hit the ground running in the second tier for us, playing 26 times, returning nine goals and six assists and we all know how massive a creative threat he was for us – and it was a threat we struggled to replicate on his departure and it had a big impact on our performances and was undoubtedly one of the underlying reasons that former head coach Darren Moore lost his job.

Speaking to the E&S this week to reflect on the year, whilst a lot of what Brunt says is true, I can’t help but feel there’s a massive passing of the buck here.

“He brought a lot of stuff to the team, his game was a lot more attacking, and soon as he came we started to play his way. At times a lot of things he did probably papered over a few cracks if I’m totally honest, but you could get away with it because you had him in the team, you knew he had got the quality to do something. With the attacking quality that he has, the emphasis on defending was taken away from him and our job was to just get the ball to him so he could go and do something and for six months of the season he did that. When he left it was a massive loss for us because I think he scored ten goals and created countless others in half a season. If you sit down and look back, that might have been the difference in us losing out in the play-offs and getting promoted automatically.”

He is right in some ways though and it’s why so many fans were fearful once the recall speculation starting to gain traction as everyone knew how massive a player he had become for us.