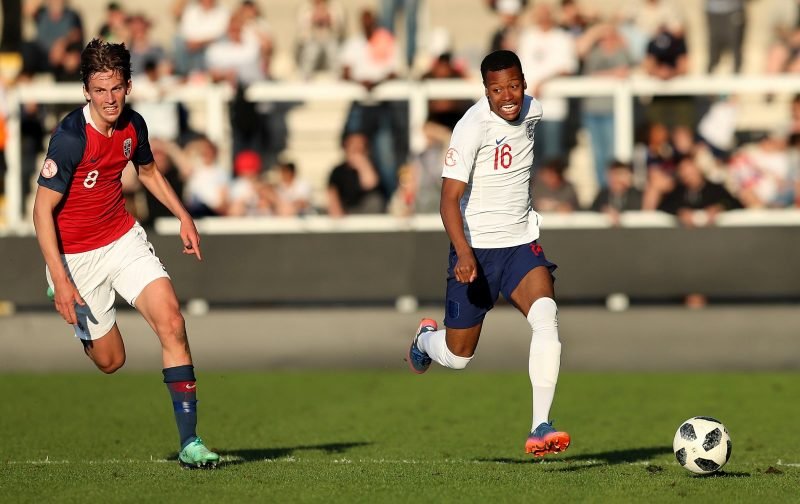 The amount of young talent that Slaven Bilic has at his disposal this season is staggering, and given how many impressive players he has who have got their whole careers ahead of them, it’s no surprise that the Croatian gaffer’s January business saw him bring in some experienced stars who know the Championship.

The likes of Grady Diangana, Matheus Pereira, Nathan Ferguson, Darnell Furlong, Dara O’Shea and Rayhaan Tulloch are carrying the torch for the young talent at The Hawthorns, but the Baggies could quite easily have lost Tulloch over the recent January window.

According to a report in The Express and Star, the future of the 19-year-old is uncertain, and over the recent mid-season transfer window, there were six clubs who registered an interest in the player, with Steven Gerrard’s Rangers even going as far as to approach the player’s agent.

The interest comes not only because Tulloch is a top player, but also because he’s out of contract in the summer and with that in mind the interest from Bournemouth, Aston Villa, Southampton, Newcastle and Sunderland as well as Rangers will come as no shock.

‘Tulloch’s performances for Albion’s under-23s have led to interest from elsewhere.’

‘It is understood Scottish giants Rangers approached the player’s agent last month with a view to taking him across the border when his contract expires in the summer.’

‘Villa, Bournemouth, Southampton, Newcastle and Sunderland have also been linked with a move for the forward.’

‘Tulloch has rejected one contract offer to remain at The Hawthorns.’

‘But a second, improved, offer is now on the table with Albion hopeful that will convince the Birmingham-born youngster to stay.’

‘If Tulloch does leave in the summer, the Baggies will receive a fee set by a tribunal if he moves to another English club. That figure will be much reduced, however, if he moves to Scotland or Europe due to FIFA’s set compensation tariffs for players who move abroad.’