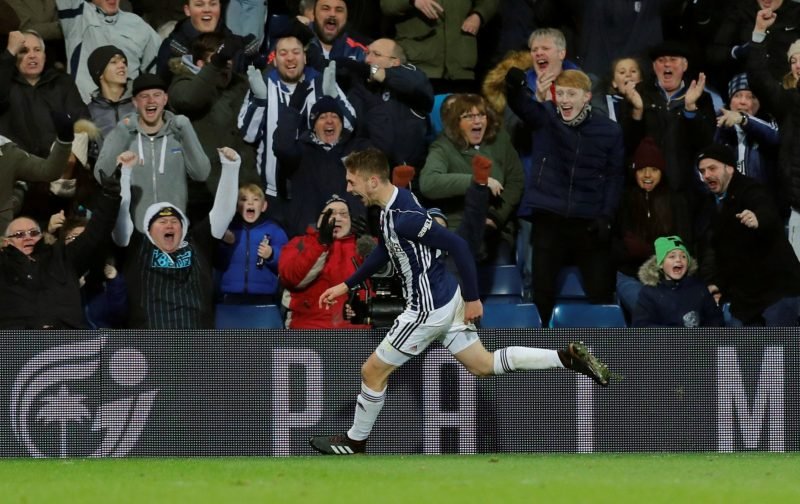 Following on from the midweek victory for West Bromwich Albion over Queens Park Rangers at Loftus Road, all eyes are now on this weekend’s clash with high flying Sheffield United at The Hawthorns.

With West Brom only one point behind Chris Wilder’s second placed side, the game could be key in the hunt for automatic promotion in the Championship campaign of 2018/19 and speaking to the E&S in this week’s press conference, Academy graduate Sam Field came in for immense praise, with head coach Darren Moore calling the 20-year-old a ‘student of the game’.

“Sam put in a solid performance. He uses the ball very well, he’s an intelligent player. He’s a real student of the game. For him to play in that position was excellent. He mopped up in front and stopped balls going into Matt Smith and when he had the ball at his feet he got us moving up the pitch. It was a mature performance from Sam and he’s another young player starting to grow in stature and he’ll continue to develop, like Rekeem Harper and young Kyle Edwards.”

With 14 appearances to his name for Moore this season, Field’s displays have caught the attentions of quite a few fans and given his upward curve in development his potential for the years ahead remains massive for us. He’s of course, not the only youngster making a name for themselves this season and that can only bode well for the club in future years.

Another three points this weekend would, of course, go a long way.