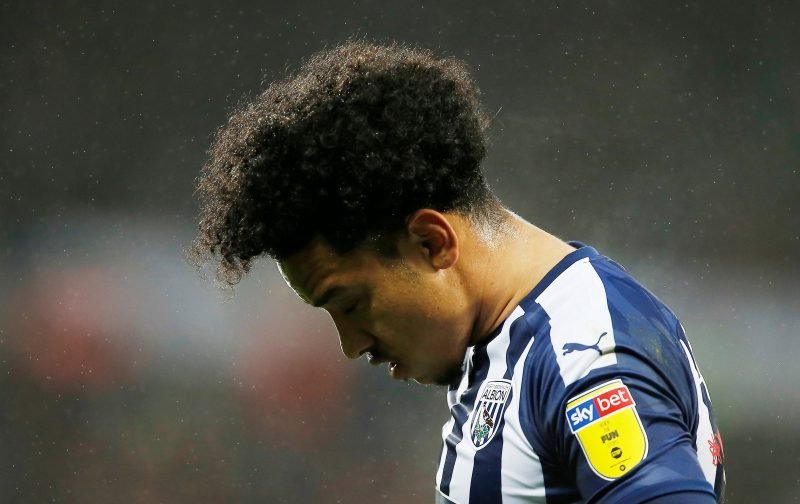 Just when you think Matheus Pereira can’t get any more ridiculous, the talented Brazilian attacker again breaks down barriers and expectations.

The 23-year-old winger was at his usual best on Saturday in West Brom’s disappointing 1-1 draw against Brentford, but one moment of magic stuck in the minds of supporters on the day when the Sporting Lisbon loan star brilliantly chipped the ball over a Bees defender to tee Matt Phillips in the penalty area.

Although the 28-year-old attacker bottled that chance, the audacity of the skill from Pereira was met with plenty of praise from West Brom supporters on social media, who are beginning to run out of words to describe the youngster.

Here’s what West Brom fans had to say on Twitter about Pereira’s skill, with lots of supporters in awe of what the attacker is capable of doing with a football…

Love matheus he’s just filthy and I absolutely love it

This kid is brilliant , trust me.

The guy is a joke

Despite drawing on the weekend, West Brom were able to gain an extra point over Leeds United in the Championship table, who fell to a 2-1 defeat to the hands of Fulham on the same day.