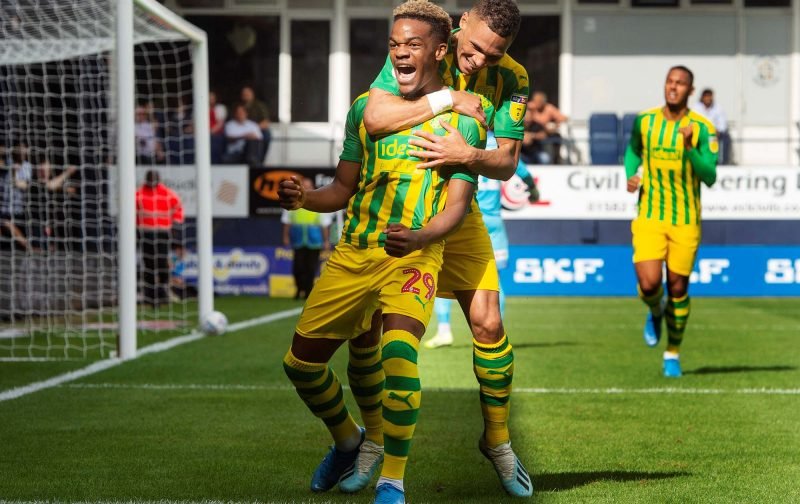 With West Bromwich Albion’s flying start to the 2019/20 campaign under manager Slaven Bilic, we edge towards the November international break sat in top spot in the Championship, two points clear of the chasing pack going into this weekend’s fixtures.

With plenty of players in good form, on loan West Ham United starlet Grady Diangana has certainly caught the hearts of fans with his attacking exploits and the 21-year-old has significantly impressed in his 14 appearances so far, scoring and assisting four goals apiece.

With plenty of Harvey Barnes importance comparisons, naturally, as we edge closer to the January transfer window, the media have predictably started banging on about his parent club recalling him and it’s become a genuine worry for some fans – and even West Ham fans have lively on social media encouraging the club to leave him at The Hawthorns owing to his development.

This week, manager Manuel Pellegrini answered the question of a recall, and categorically ruled it out.

“I think Grady Diangana is doing what we want him to do – the same as Josh Cullen. They are players that without any doubt will be part of the West Ham team in the future. He is one of the players that I trust a lot in. I think that it was better for him to go and play 40 games this year and be absolutely ready for next season. We must continue to supporting him and we are happy with his performance. He will finish his season where he is.”

Given how well Diangana is doing, I’m not really sure the ‘recall’ issue was ever a story. They wanted him to get good game time and to impress, and he’s getting just that. He’s a player for the future for them, and as Pellegrini says, a good season under his belt is far better than half a season and then a return where he gets the odd ten minutes for them.