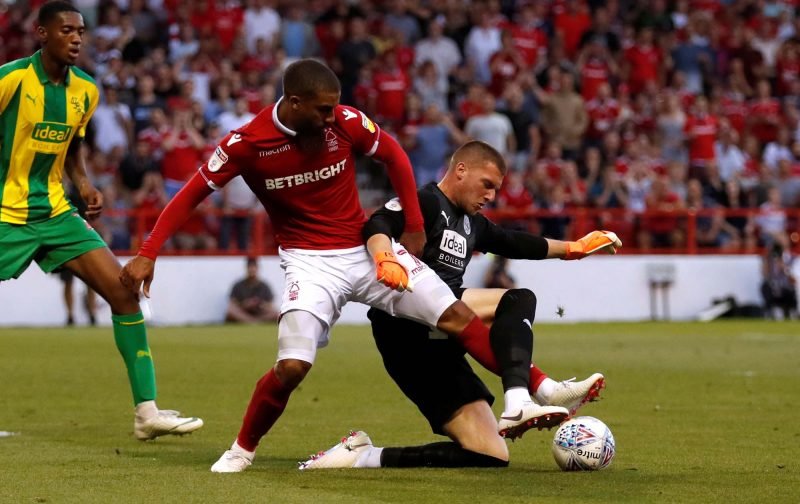 West Bromwich Albion brought the curtain down on the regular 2018/19 Championship campaign on Sunday afternoon as we made the trip to Pride Park to face Derby County.

With our Play-Off spot secured, we were potentially fighting for third place whilst Derby were fighting for sixth spot and whether that affected our performance is open to debate, but we fell to a pretty comfortable 3-1 defeat and even saw ourselves down to ten men in stoppage-time as Hal Robson-Kanu petulantly kicked out at one of their players.

Statistics website Whoscored reflected our end to the game in their player ratings and it was disappointing as although we struggled to create clear cut chances, we had largely been pretty sharp. 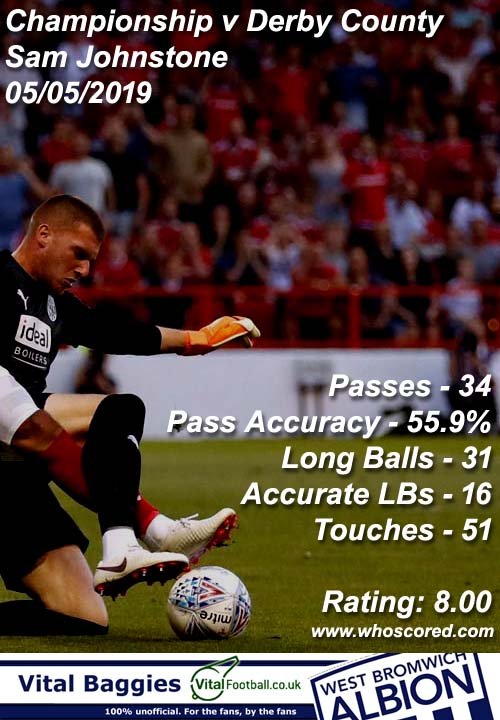 Goalkeeper Sam Johnstone took Man of the Match for them with a score of 8.00 but the only other player to receive a seven plus score was Stefan Johansen who picked up 7.14.

We’ll need to be better than that for Aston Villa, but I’m sure we will be.