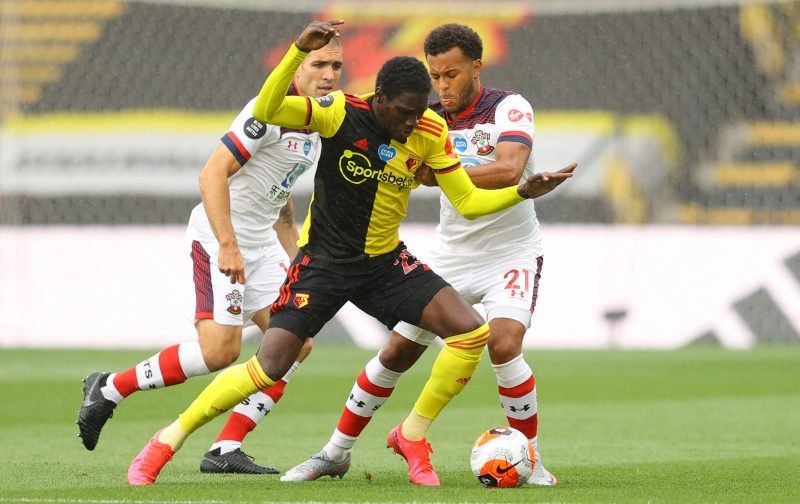 West Brom have joined the race for Watford forward Ismaila Sarr, according to a report from Senegalese outlet Wiwsport.

Sarr enjoyed an impressive debut campaign with Watford last season, scoring six goals in 30 appearances in all competitions for the Hornets, but was unable to prevent them suffering relegation to the Championship.

That is something that now appears to have attracted plenty of attention from the Premier League, with the latest reports claiming that the Baggies have joined the race to sign the Senegalese international.

As well as West Brom, defending champions Liverpool, Aston Villa, and Crystal Palace have all also been credited with an interest in the 22-year-old, who joined Watford from Rennes for a reported £30million last summer.

It has recently been reported that Watford want around £50million for Sarr, and it is thought that both Liverpool and Aston Villa have already opened talks with Watford about the singing of the attacker.

As a result, it is hard to see Sarr being a regular feature at The Hawthorns next season.

With the Baggies seemingly operating on a small budget in the current transfer market, Watford’s apparent valuation of Sarr means that he looks to be well out of their price range, meaning it is hard to see them even making an offer, with Watford in a strong position to negotiate due to the fact there are four years remaining on Sarr’s contract.

It also seems as though there are more appealing options out there for Sarr, with Liverpool likely to give him the opportunity to compete for silverware this season, should he elect to make the move to Anfield before the window closes.

That being said, given how impressive he was for Watford last season, you can’t blame West Brom for at least taking an interest in the attacker.