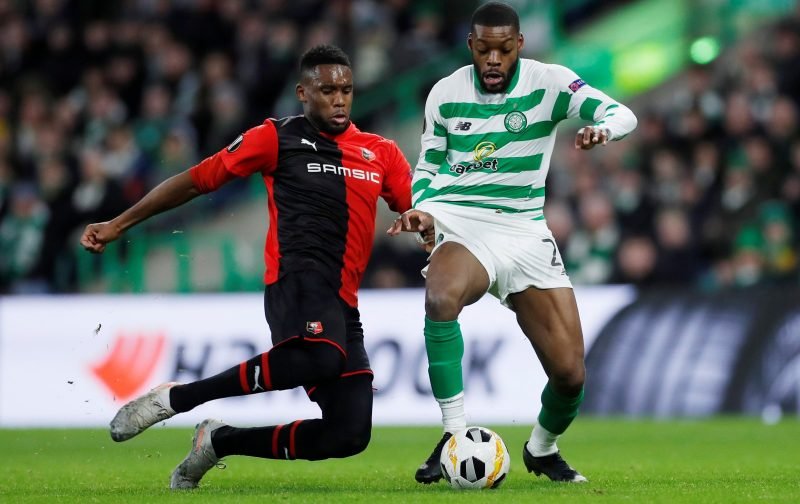 Southampton have joined West Brom in the race to sign midfielder Olivier Ntcham from Celtic, a report from The Daily Mail has claimed.

Ntcham joined Celtic from Manchester City just over three years ago, and has helped the Scottish giants win three straight domestic trebles, seemingly attracting attention from the Premier League in the process.

It was recently reported by Football Insider that West Brom are interested in Ntcham, although it now seems they are not alone in their pursuit of the 24-year-old.

According to this latest update, Southampton have now also entered the race to sign the midfielder, who is also attracting the attention of Lyon from his native France – where he has been capped at youth international level.

The report also suggests that Ntcham could be open to a return to England, having never actually made an appearance for City during his time at The Etihad.

There are however, two years remaining on Ntcham’s contract with Celtic, securing his future with the Scottish giants until the end of the 2021/22 season, and putting the club in a decent position to negotiate any offers that come in for the player.

This interest from elsewhere in Ntcham is therefore likely to be something of a concern for the Baggies.

The midfielder could have been a useful addition to their side, but that interest from Southampton and Lyon could lead to something of a bidding war for the player, which may be difficult for West Brom to win considering their limited budget.

As a result, this deal may perhaps be beyond them, although that might not be the worst thing if it frees up more funds for them to spend on that goalscorer they still badly need.