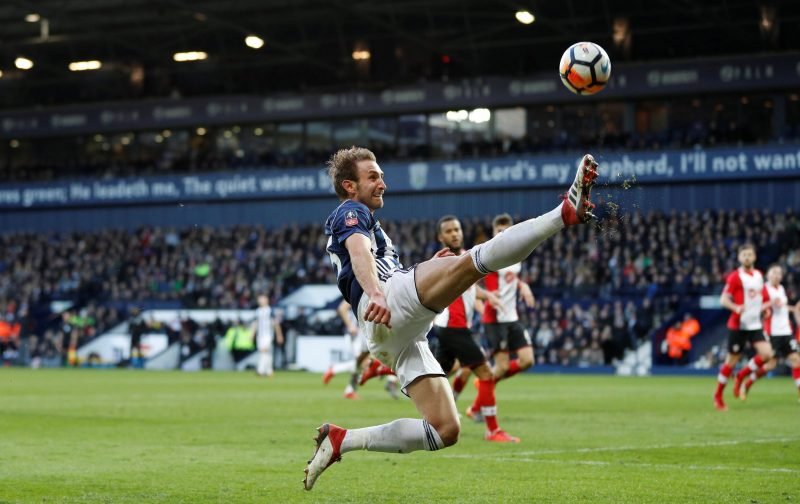 West Bromwich Albion welcomed Millwall to The Hawthorns for our latest Championship clash on Saturday and although few can have complaints with our offensive play under head coach Darren Moore as things continue coming together for us, plenty have concerns about our back three and that was a big talking point following victory over Bristol City.

Thankfully, we were again discussing a win and another three points this weekend as a second-half double from Dwight Gayle and Kieran Gibbs gave us a 2-0 victory at the full-time whistle, but one man, in particular, stood out.

With summer shenanigans, confusion over him being handed the armband and other things, his performances have paled in comparison to what we are used to from the 28-year-old but his performance was rewarded with a score of 8.30 from the website. 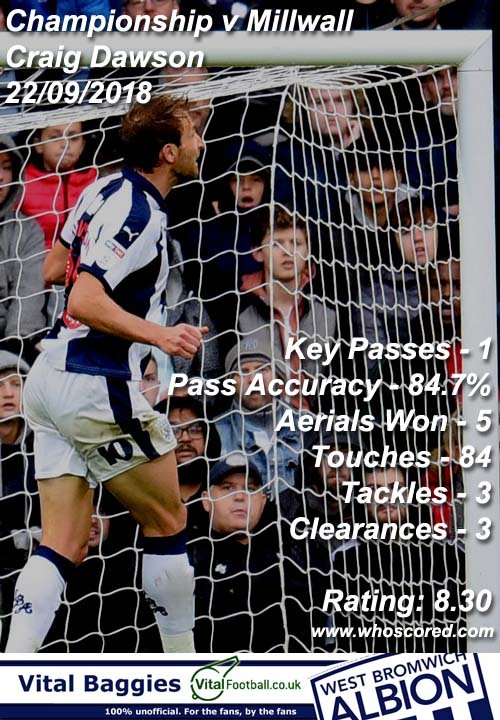 Ahmed Hegazi also picked up 8.05 and with Gibbs and Gayle being in our top five owing to their goals, there was even more defensive pleasure as Kyle Bartley completed that set with 7.41 himself.

Another good result and significant defensive improvement to keep the clean sheet so hopefully, that’s the corner turned on that particular topic. Plenty more to improve upon, but that’s a baseline.