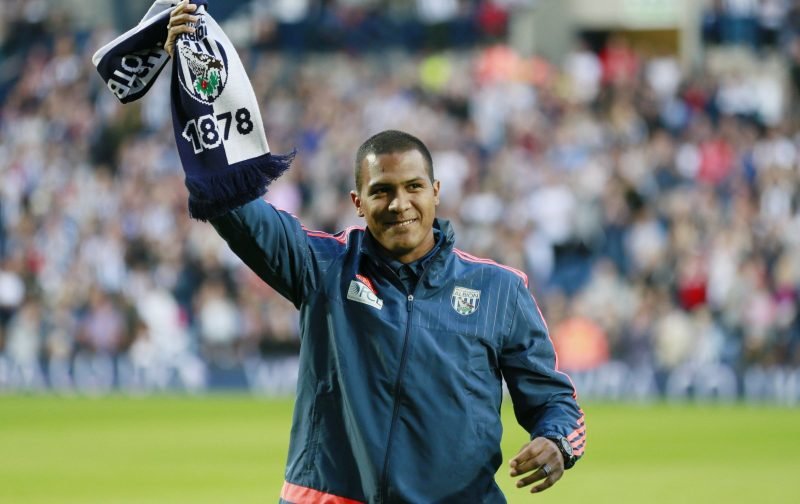 Newcastle United have confirmed that West Bromwich Albion striker Salomon Rondon has been ruled out of their Premier League clash with Leicester City this weekend as the Venezuelan international has picked up an injury.

It’s not believed at this stage that the injury is long-term, but it’s a thigh problem so there are concerns.

Having headed out over the summer on a bizarre loan deal that saw Dwight Gayle come in our direction, the 29-year-old has scored one goal (EFL Cup) in three starts and two substitute appearances so far.

By comparison, Gayle has found the net five times in seven starts and two substitute showings.

Rondon has however already spoken about his desires for the future and explained that he was hoping to impress and win a permanent contract at St James Park for next summer, but if social media is anything to go off, the mood of the fans currently precludes that idea.

Starting to have a Slimani vibe

Selling Mitrovic was a suicidal sale. Coming back to hurt us with each passing day.

Good job we spent all that mitro money on some quality strikers then! Oh wait

What is it about nufc n crocks?

What with Rondon injured, time to dip into the world class kids we have at our disposal, you know? one of the many '5 year plans' we had when he first arrived, to buy all the best youngens.

Pointless signing just like Slimani was. Imagine getting rid of Gayle and Mitrovic who are clearly goalscorers. Anyone disputes Gayle clearly needs to remember the fact he came up with some important goals to keep the club up. ????

Let’s get Gayle back

He undoubtedly gave his all for us and plenty are still sad that he’s not helping us to tear up the Championship, but when I covered his talk about a deal at Newcastle I said it might come to bite him and at the moment he’s got his backside squarely in the air.