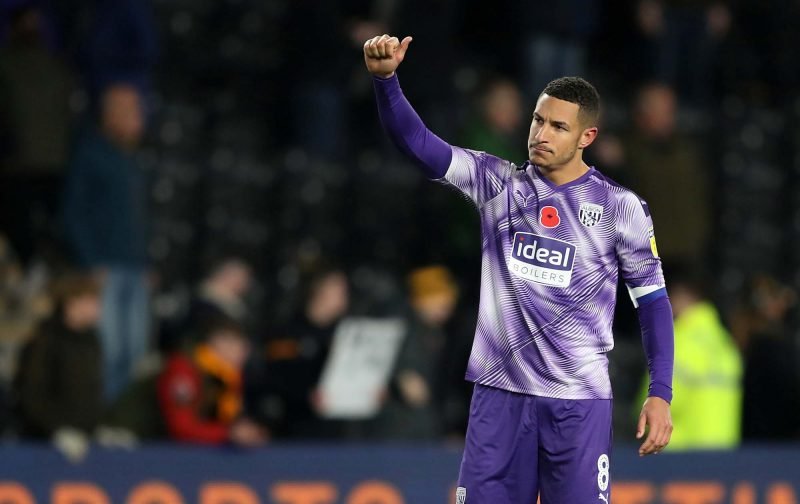 The Championship season has seen some unlikely names step up to the plate for big teams, and for West Brom, that man is Jake Livermore.

“I want to praise his leadership and his quality, the example he sets to the team and the job he is doing for us.”

The club captain has been exceptional this season for the Baggies, and speaking to the club’s official website, Slaven Bilic praised his skipper to no end with some great words on the former Hull City midfielder, with the Croatian saying: “Jake has been excellent from the very start and he has taken up the role of leading the team from the front. Neither should anyone underestimate the quality of his contribution on the pitch. He is my skipper and I am very pleased to have him.”

Bilic’s words were kind on Livermore, who has been essential to West Brom’s Premier League promotion charge this season, and supporters on social media were behind the club captain and the manager’s high praise of the midfielder.

Early in the first half against Swansea we seemed timid in the final third and hesitant to shoot. Then big Jake Livermore on a few occasions leads by example gets the ball, drives it forward and takes a chance and shoots!
I turned to my dad and said thats leadership right there

Outstanding yet again yesterday. If Pereira was a 10/10, Livermore was a definite 9/10. Having a fantastic season

Slowly eating humble pie where Livermore, Bartley and Kanu are concerned, been a total 360° where they are now compared to the last few seasons respectively, can only be down to hardwork and a top gaffer in Slav , long may it continue

Giving him responsibility, have to take lead on being example and being made captain are the things that has course Jake to reboot IMO #wba

As stats from Transfermarkt show, Livermore has played all but one Championship game this season for the Baggies.