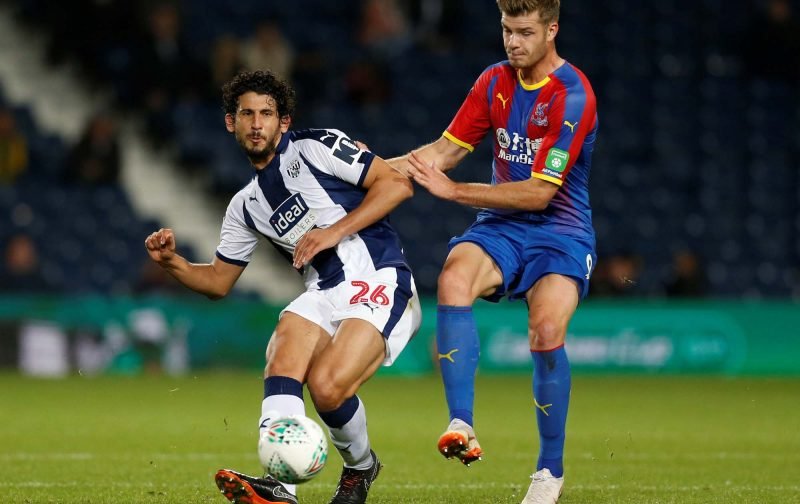 It doesn’t appear to be shaping up to be a good week for West Bromwich Albion fans and now we can add centre-half Ahmed Hegazi to the list of potential departures this summer with Aston Villa said to be sniffing around him.

With Villa confirming the arrival of Bournemouth centre-half Tyrone Mings, as the BBC covered that news they also claimed that Villa manager Dean Smith and Sporting Director Jesus Garcia Pitarch had been in Cairo for the recent Egypt v South Africa Cup of Nations clash and although their prime reason for being there was midfielder Trezeguet, of secondary interest to them was 28-year-old Hegazi as it’s believed his performance in the Play-Off Semi-Final clashes had impressed them.

They certainly didn’t suggest that there’s been an offer or even an enquiry, it was purely they were at the game and watched him but despite some splits and mixed opinions in the fanbase, he certainly has his supporters and understandably with the Jay Rodriguez news and ongoing speculation about Salomon Rondon even the mere hint of losing him to our local neighbours was enough to cause consternation.

Let’s hope Hegazi doesn’t have a release clause as stupid as JRod and Rondons. 30mil they can have him, especially if they paid 26 for Mings

I still think we will lose Hegazi and Gibbs before the season starts. But it’s everything I expected after failing promotion. me a

Surely he won't go but if he does I'm done

I'm not too fussed about Jay Rod off to Burnley, so long as he's replaced. But if we lose Hegazi to Villa I will not sleep at night for weeks #WBA

Not fussed with Rodriguez going as there’s still plenty of time to rebuild, will be worried if Hegazi went however, but In Bilic I Trust #wba

Not @Hegazi too. I really will have a tantrum if he goes to our six fingered neighbours from Aston! Seriously though, how much of this is paper talk? #WBA https://t.co/0Fw5lbCFuY