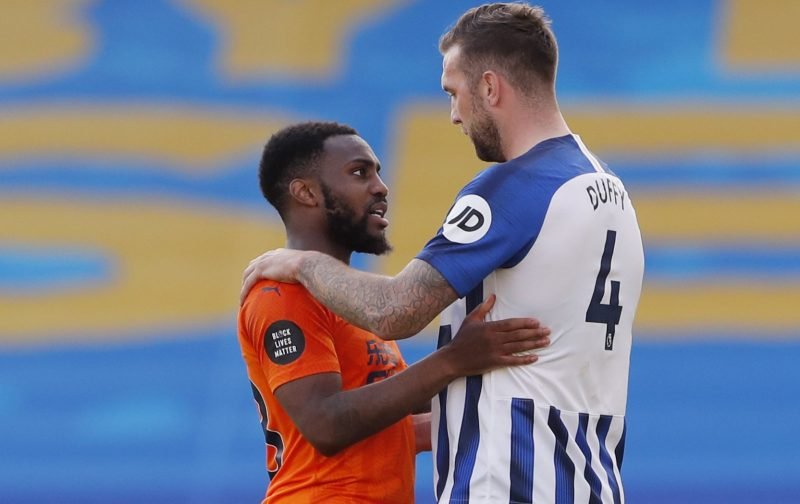 West Brom have held talks about the possible signing of Brighton defender Shane Duffy, a report from The Daily Mail has claimed.

Having been a regular for Brighton in recent years, Duffy found himself further down the pecking order at The AMEX Stadium during the course of the 2019/20 season, making just 12 league appearances across the course of the campaign.

Now it seems as though a move elsewhere could be on the cards for Duffy, with the latest reports claiming that the Baggies have had discussions with Brighton about bringing the 28-year-old to The Hawthorns ahead of their return to the Premier League.

West Ham are also thought to be interested in the Republic of Ireland international, although Hammers boss David Moyes is reportedly hampered by a limited budget at The London Stadium.

Taking to Twitter to react to these reports, plenty of West Brom fans were keen to have their say on the possibility of signing Duffy, with many making comparisons with Besiktas defender Domagoj Vida, who has also been linked with the Baggies in recent weeks.

Not a bad option. Me personally would prefer Vida but I imagine that Vida is on higher wages.

would be a sensible and efficient addition to the squad