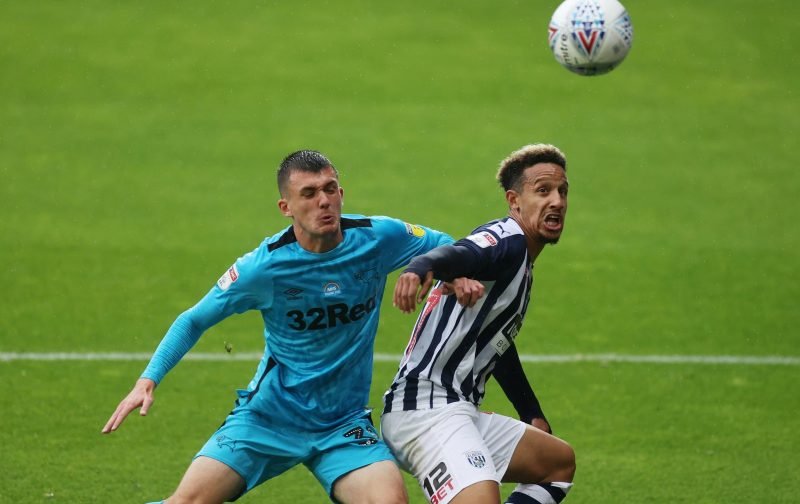 Robinson – who only joined Sheffield United from Preston last summer – spent the second half of last season on loan at The Hawthorns, where he played an important role in helping the Baggies win automatic promotion back to the Premier League.

Now it seems as though the club are keen on a longer-term move for Robinson, with Dorsett’s latest update revealing that the Baggies have made contact with Sheffield United about what would be a substantive deal for the Republic of Ireland international.

It is also thought that a number of other clubs – including at least one other Premier League outfit – are keen to sign the 25-year-old, who has three years remaining on his current contract at Bramall Lane.

#wba are keen to take #sufc striker Callum Robinson back to the Hawthorns on a substantive deal, following his successful loan spell last season. Initial talks held. Other clubs interested too tho – at least one of which is in the Prem Lg.

Taking to Twitter to react to that news, plenty of West Brom fans were keen to voice their opinion on that apparent interest in Robinson ahead of the club’s return to the top-flight of English football.

I rather have Robinson on loan . Hot or Cold . Also we have no idea if he can cut it in the Premiership . Get in Sheffield United must be tough to be fair . Or it he could be one of these players who is too good for the championship but not good enough for the Prem #wba

Unpopular opinion: this screams desperation. Obviously, he’s a good player, but unproven in this league

Worth 5 mil. Has lots of potential to grow with us and he actually seems to want to play for us. Cant put a price on that

No more than 7 million