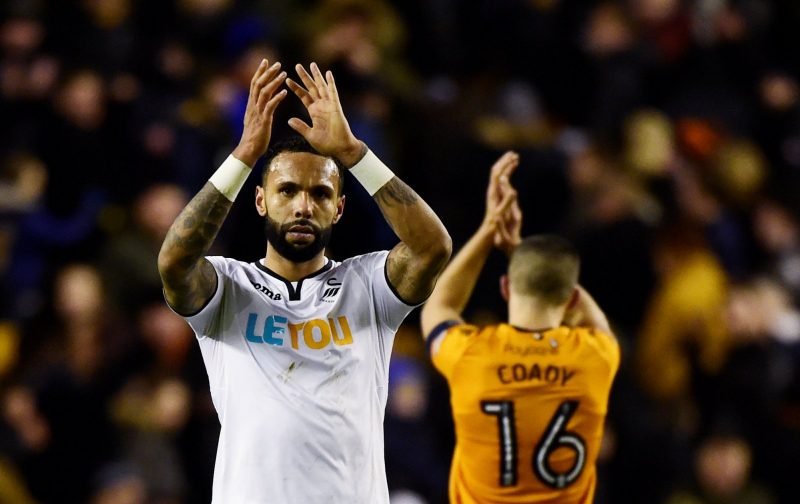 With Tuesday evening seeing West Bromwich Albion take all three points from Bristol City in our most recent Championship clash, all three players in defence received criticism for their performances.

Despite goals from Jay Rodriguez, Dwight Gayle and Harvey Barnes giving us a 4-2 victory, playing out from defence and our general defensive solidarity was open for plenty of criticism, and both during and after the game some fans took full advantage of the platform to air their concerns.

With Ahmed Hegazi probably being the stand out for criticism, that didn’t mean summer signing Kyle Bartley didn’t feature in the gripes, as with plenty of positives on display a number of fans have concerns that defence is going to be our Achilles heel this season as we gun for promotion back to the Premier League at the first time of asking.

Need to drop Bartley and bring in @TosinAdarabioyo @WBA

Much better tonight, Bristol are a decent side. Thought Barnes and Barry were excellent, but Darren needs to sort out the mess that is Dawson, Hegazi and Bartley or promotion will be an uncertainty.

Our defence looks shocking in general.

Do not feel safe with Hegazi and Bartley playing together #wba

What do you expect if our attacking lot are destroying them daily in training ????????

Barnes and Gayle play beautiful little moves together, JR hits a mean pen, Gibbs and Livermore are pretty decent in this league.

It was hegazi and Dawson for me…

Improvement is certainly required and I’m sure that hasn’t gone unnoticed by head coach Darren Moore but with Bartley being his pick over the summer for the heart of defence I wouldn’t imagine he’ll be the one sacrificed as we look to tighten up in future games.