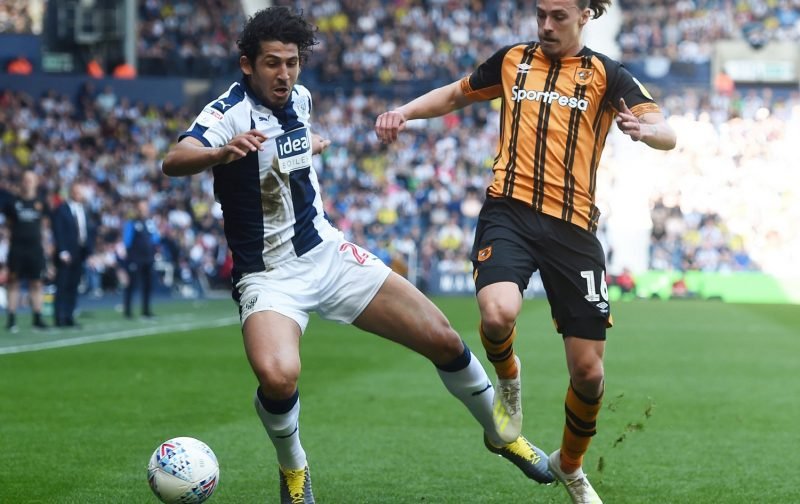 West Brom have turned down a £3.4m offer from Saudi Arabian club Al-Ittihad for Egyptian defender Ahmed Hegazi just a week before the opening of the January transfer window.

Sky Sports News report that the 28-year-old centre-back has been the subject of a bid from the Saudi Pro League side following from a weekend where Hegazi, who has been struggling with injury this season, was left out of West Brom’s matchday squad to face Brentford.

However, Slaven Bilic later revealed via The Express and Star that Hegazi’s absence this weekend was due to a training ground incident, with the Baggies manager saying: “It has something to do with that (the reports). Something happened yesterday on the training ground. It is not something I want to share or discuss with the media. It’s a little thing, but it was something that was big enough for him to be not in the squad today.”

As stats from WhoScored show, Hegazi has hardly featured for West Brom this season with the former El Ahly defender playing just 99 minutes of football this campaign after the centre-back missed a good chunk of the start of the term due to a long-term injury.

And it appears that the centre-back might be at West Brom till the end of the season given the nature of the bid and that the Baggies rejected it straight up.

With Hegazi playing 40 games for West Brom last season as stats from WhoScored show, it seemingly looks like Bilic is aiming to keep the 28-year-old defender at the club in a campaign that could see the Baggies return to the Premier League after two years in the Championship, with Albion currently sat top of the table heading into Christmas.