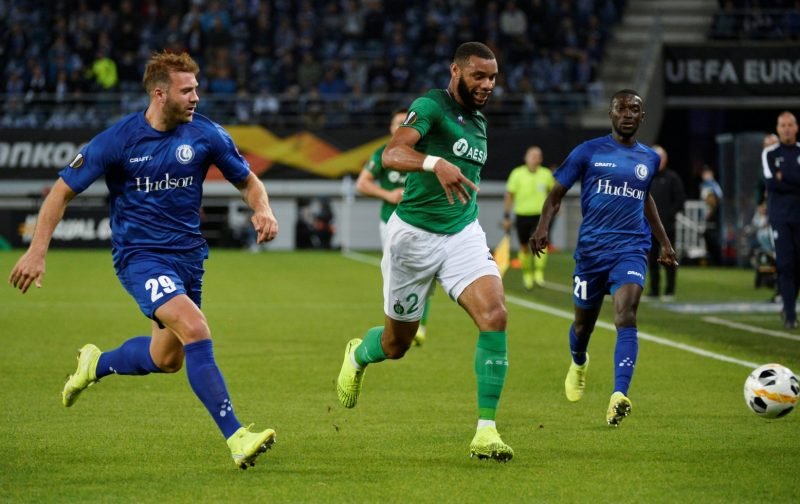 West Brom are one of many English clubs keen in making a late move for 22-year-old Saint Etienne defender Harold Moukoudi according to reports in France.

L’Equipe report via Sport Witness that the centre-back is likely to be one of the most in-demand players in the French market in the final few days of the January transfer window, with the likes of Burnley, Derby County and Leeds United, as well as the Baggies, all reported as clubs interested in Moukoudi.

A former target for Arsenal as The Sun report via The Daily Star in 2017, Moukoudi has found it difficult to nail down a first-team spot for Saint-Etienne this season, with stats from Transfermarkt showing that the 6’2” youngster has only managed 11 league appearances as well as three outings in the Europa League.

West Brom are yet to make any form of signing this transfer window with Slaven Bilic keen to add to his squad for the second half of the Championship season, with the Croatian manager admitting to The Telegraph that he knows what areas of the pitch he wants to target this month.

Although the attack has been a major talking point amongst supporters as an area of the team that requires improving, with the likes of Jarrod Bowen and Mislav Orsic being heavily linked with moves to The Hawthorns, defenders have also been on the agenda for West Brom, with Martin Olsson currently having a trial at the club.

With the Baggies having one of the leakiest backlines in the Championship as stats from Transfermarkt show, a defender of Moukoudi’s quality could be exactly what West Brom need to shore up the defence as well as plan for the long-term future with the French centre-back still in the early years of his career.