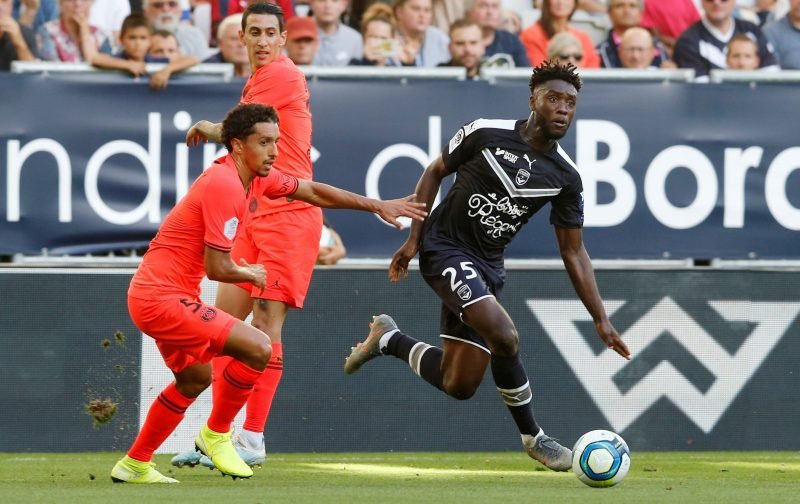 West Brom are one of the many sides reportedly interested in a January move for 22-year-old Bordeaux defender Enock Kwateng.

The Telegraph report that the Baggies, as well as West Ham and Brighton, are all keen in the French youngster, who has enjoyed a mixed season of sorts with Paulo Sousa’s Bordeaux side, with stats from Transfermarkt showing that Kwateng has only managed eight appearances this campaign following a free transfer move to the Ligue 1 side in the summer from FC Nantes.

With the report stating that Les Girondins will be open to selling the versatile defender for £4m, Kwateng could be a cheap pickup for West Brom who are likely to lose Nathan Ferguson in the future.

The teenage defender has been a sensation for the Baggies this season, with stats from WhoScored showing that the fullback has started 19 games under Slaven Bilic this campaign, but with Ferguson’s deal expiring in 2020 and The Daily Mail reporting that the likes of Tottenham and Crystal Palace are interested in the youngster, the Albion could be keen in bringing in a replacement as soon as possible.

And Kwateng could be just the player to replace Ferguson at the club.

As a scout report from StatsBomb shows, the defender, who is naturally a right-back but can also play at centre-back at right midfield, is defensively a solid fullback who still has much to learn, but it’s his range of passing that makes him stand out from other young players in his position, with the article labelling Kwateng a ‘first XI calibre fullback’.

The impending departure of Ferguson in the upcoming months for West Brom will be a big blow for the club, but in Kwateng, the Baggies will have an exciting and promising defender who could replace the England youth international at the club, and for a cheap price too.