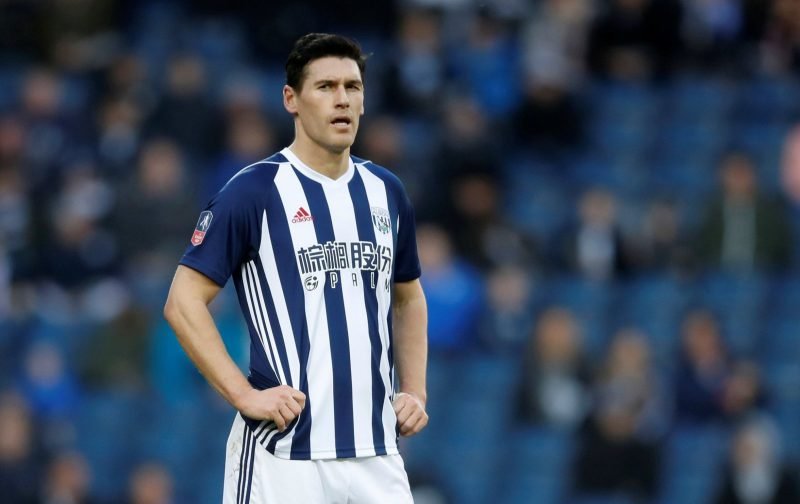 Gareth Barry has admitted that he determined to get West Brom back to the Premier League after coming so close last season with the Baggies.

Speaking to The Birmingham Mail, the veteran 38-year-old midfielder confessed that he is desperate to put things right for the club this season after coming so close to securing promotion back to the English top-flight last campaign.

Barry has only just returned to the first-team after a lengthy injury spell that has seen the relentless midfielder ruled out of action since March, with stats from Transfermarkt showing that the former Everton man has only managed 16 minutes so far this season from the bench.

The experienced midfielder said: “It was tough watching the lads in the play-offs at the end of the season, I was gutted for them and when you can’t help it hurts more. It plays on your mind when you’re trying to get back fit so hopefully this season can be different.”

“I was desperate to put that right last season, and nothing has changed since. I’m lucky the team are flying, but I’m sure the manager and I know the lads know that there are tougher roads ahead because there are a lot of games.”

Barry has returned to full fitness at the perfect time for West Brom with Slaven Bilic’s side heading into the festive period of the Championship season and the club in exceptional form.

The Baggies find themselves top of the table after 19 games with West Brom two points ahead of Leeds United in second and a good seven points clear of Fulham in the top play-off spot, and with Barry back in the squad, the former England international can stick to his word and make things right for the club this season.