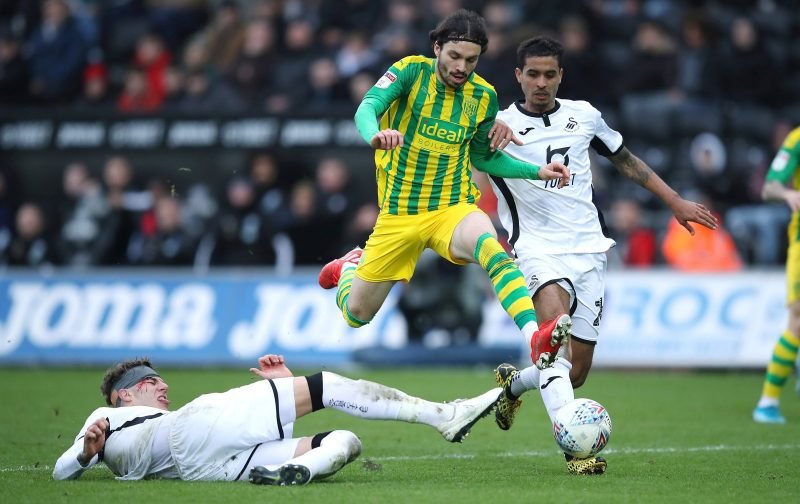 West Brom could pay Benfica up to £1.25million for the loan signing of midfielder Filip Krovinovic, a report from a print edition of Portuguese newspaper Record, via Sport Witness, has claimed.

It was announced on Tuesday that Krovinovic has returned to The Hawthorns on another season-long loan, having helped the Baggies win automatic promotion to the Premier League during a similar spell last season, and now the details of the this latest deal are starting to emerge.

According to the latest reports, West Brom have paid Benfica an initial £500,000 for the services of Krovinovic across the course of the coming campaign.

It is then thought that the Baggies will pay Benfica a further £750,000 if Krovinovic starts more half of the club’s games this season, and helps them avoid relegation from the Premier League in the process.

That is around £250,000 more than West Brom paid Benfica for Krovinovic across the course of last season, and it has also been pointed out that there is no obligation to buy clause included as part of the deal.

Given the step up in level this season, you can kind of understand why there is a chance that this deal will be more expensive than it was last season.

Even so, it is good to see Krovinovic back at The Hawthorns, and considering how badly Bilic wanted him this summer, it would be a surprise if he does not start enough games for the club to have to pay that clause.

The question therefore will be whether or not they avoid relegation, and Krovinovic’s ability to adapt to the step up in level this season could have a big say in that.