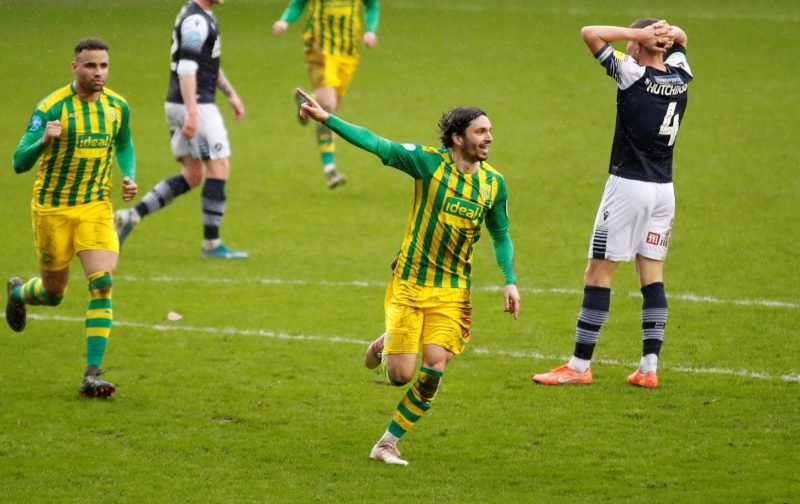 West Brom could re-sign midfielder Filip Krovinovic on loan from Benfica in the next few days, a report from a print edition of Portuguese outlet O Jogo, via Sport Witness, has claimed.

Krovinovic of course spent last season on loan at The Hawthorns, and played an important role in helping Slaven Bilic’s side win automatic promotion back to the Premier League.

The Croatian has been heavily linked with a move back to West Brom across the course of the summer transfer window, and it now look as though that move could finally be about to happen.

According to the latest reports, Krovinovic is now set to link back up with Bilic’s side for the coming campaign, with a deal potentially announced as early as this week.

It is thought that West Brom will not have the option to buy Krovinovic at the end of the loan spell, and the midfielder is set to extend his contract with Benfica by a further year, to the summer of 2023.

Benfica had reportedly wanted to include an obligation for West Brom to buy Krovinovic for €11million next summer as part of the loan move, while the Baggies had wanted a permanent move to be an option based on clauses such as avoiding relegation.

With no alternative offers coming in, Benfica have now apparently agreed to loan Krovinovic back to the Baggies, in the hope that an impressive season in the Premier League will attract more interest in the midfielder this time next year.

Having seemingly been chasing Krovinovic for so much of this summer, it will be surely be a relief for West Brom to get this deal over the line.

The Croatian impressed in the Championship last season, and after a slow start to this campaign for the Baggies, it seems that all parties will be hoping that Krovinovic can make the same sort of impact again in the next few months.