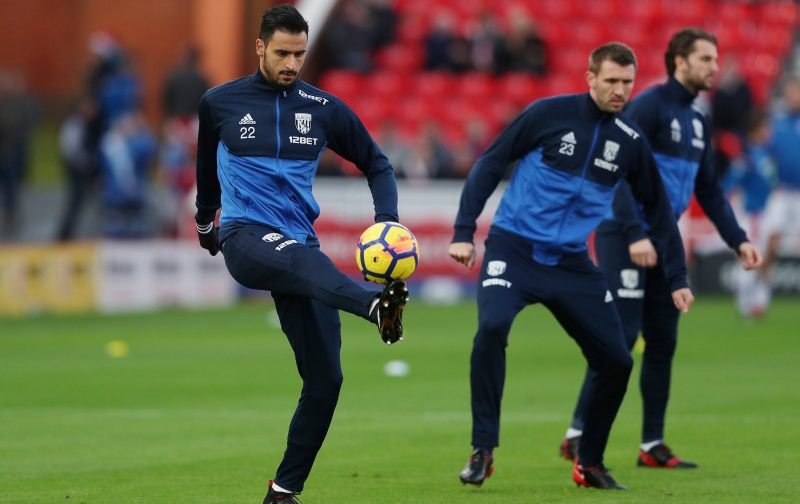 It wasn’t a fantastic transfer window for West Bromwich Albion in reality. We saw a number of arrivals as head coach Darren More stamps his mark on the squad but he didn’t get everyone he wanted and we also saw some bizarre boardroom decisions – namely the departures of Salomon Rondon on a deal I still don’t fully understand and the late deal seeing waster Nacer Chadli finally removed from our wage bill.

The player headed to French Ligue One side AS Monaco for a fee claimed to be £10million and my initial reaction was ‘goodbye’ and let’s hope he doesn’t gain a genuine injury now.

Other fans on social media weren’t quite as restrained as I was but undoubtedly not getting his release fee as I remember it being reported was a disappointment and an insult given his ‘professionalism’ during his time with us.

oh, and don't forget the 8m he picked up in wages during that time. Total Charlatan.

Any #wba fans that think we are going to re-invest the Chadli money, think again. Had ALL summer to sell him and spend the money. Typical Albion this, sell someone so close to a deadline and then say ‘time ran out we couldn’t get anyone in, in time.’ Always the same. #wba

I think its more the £40,000 a week he's on either sat on the bench or the treatment table

Got plenty of youngsters that deserve a chance

Or Woods from Brentford

Glad to see that Chadli's being sold, should've happened last summer, but must admit i was expecting us to get a bigger fee than that. Will surely go down as one of our worst signings imo. Not due to a lack of talent though which makes it worse.#Chadli #WBA

All well and good selling Chadli for €12m plus £40k wages off the books, but will that money be reinvested come January? I doubt it. #WBA

We’ll miss Chadli like humanists will miss Donald Trump when he finally lies himself to death but you can’t help feel we were shafted on the fee.