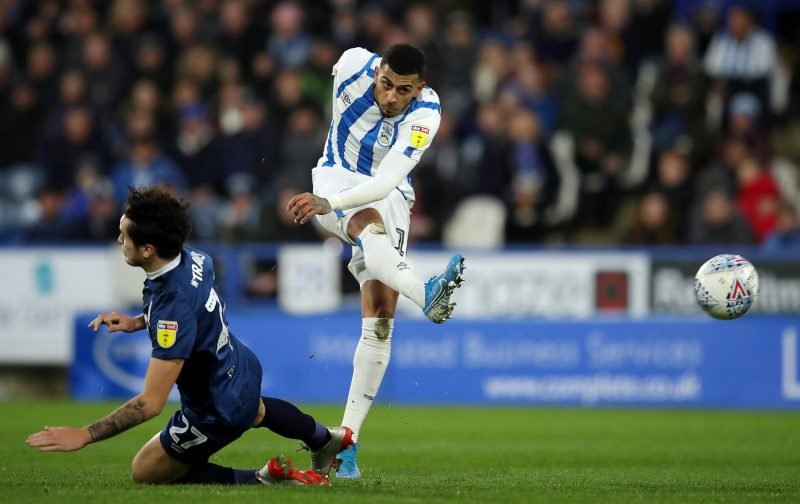 Rumours have been running rampant over the past few weeks linking almost every other attacker with a move to West Brom, and Huddersfield Town striker Karlan Grant is the next name to be added to the mix.

The 22-year-old has 12 goals and four assists in the Championship so far this season.

The Birmingham Mail report that the 22-year-old forward is being considered by the Baggies this month with Slaven Bilic eager to add more attacking firepower to the West Brom squad, with Grant this season performing quite well for the Terriers with stats from WhoScored showing the striker has bagged 12 goals this campaign.

The Championship striker was an interesting name to be linked with West Brom, and one that supporters on social media were keen to see happen given how prolific Grant has been this season.

Would be quality! Will cost an arm and a leg though

Very good player – we should have gone for him when he left charlton. If we signed him and that’s a big if with the likely cost – then that would be very good business and sign! Imagine him and Bowen

As well as Grant, the Baggies are also interested in Croatian striker Mislav Orisic as reported by The Birmingham Mail.