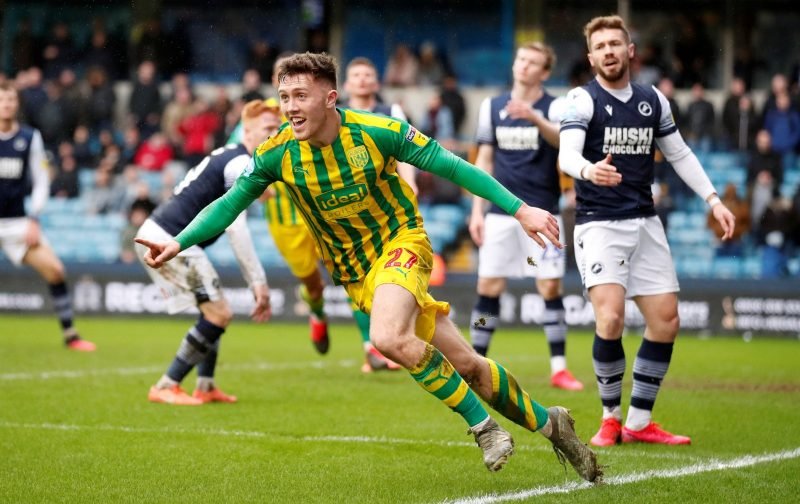 Heading into Sunday’s must-win game against Millwall, the sound of Joy Division’s football hit Love Will Tear Us Apart could be heard from West Brom supporters in good spirits heading to the Den, and who could blame them.

The previous evening saw Leeds United yet again slip up in the race for promotion to the Premier League as the Yorkshire-based club fell to a 2-0 defeat to play-off hopefuls Nottingham Forest, with Marcelo Bielsa’s side now facing the looking possibility of dropping out of the Championship top-two after, at one point, looking destined to finish in one of the prized spots.

‘Leeds Are Falling Apart Again’ was trending that night as the English footballing community joined in unison to mock the club for another defeat this year, and for West Brom fans, the result was even sweeter as they knew that victory against Millwall 20 hours later would see the Baggies go four points clear of Leeds in the table.

And win they did as Slaven Bilic’s side ground out to a 2-0 result against a Millwall team that have found their form in recent weeks, and the three points for West Brom against the east London club has now put the prospect of promotion back up to the Premier League in the hands of the Albion.

For the majority of the Championship season, West Brom have been viewed as the side to beat in the division and the club that will most likely claim one of the two automatic promotion spots come May, and even after surviving their dip in bad form at the backend of last month, the Baggies have shown the resilience to fight back to their playing best, and the win against Millwall showed that.

West Brom’s promotion destiny is well within their hands, and their performance against Gary Rowett showed that Bilic’s side looks well up for continuing their winning run in the Championship, and that the gap between them and Leeds could only grow ever wider.