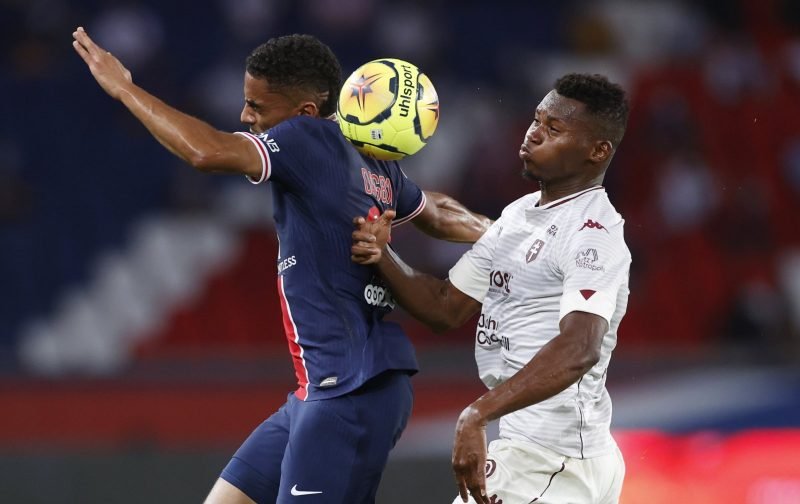 The Baggies are still in the market for a goalscorer this summer, with links with numerous strikers yet to materialise into any sort of signing, and it now looks as though they have yet another target in their pursuit of someone to fill that role.

According to Nixon’s latest update, the Baggies are now taking an interest in Diallo, who joins the likes of Huddersfield’s Karlan Grant and Rennes’ M’Baye Niang in being targeted by Slaven Bilic’s side this summer.

It is thought that West Brom are interested in a loan deal for Diallo, and while a loan fee would be expensive, that price would then be taking off the cost of any permanent move to The Hawthorns for the 25-year-old further down the line.

West Brom. Diallo at Metz the latest speedy forward they want on loan. Big rental fee but comes off price if they buy. Joins a queue with Grant at Huddersfield and Niang at Rennes.

Although he has yet to find the net this season, Diallo scored 12 goals in 26 Ligue 1 appearances last season before the season was prematurely ended with Metz 15th in the French top-flight.

As things stand, there are still two years remaining on Diallo’s contract with Metz, securing his future at the club until the end of the 2021/22 season.

While it does seem as though Diallo could be capable of getting the goals West Brom need this season, you feel they need to make their move sooner rather than later, be that for Diallo or someone else.

There have been plenty of targets linked with the Baggies who could be suitable for the club this summer, but until they actually get one into the club, there will be concerns about how competitive they can be this season.

As a result, with time ticking down quickly in the window, you feel Bilic and co. are going to have to act quickly, lest they leave themselves short in a key position when the market closes in just a couple of weeks time.