Fan support can make or break a stadium atmosphere, and at West Brom this season, the noise from supporters has been nothing short of spectacular.

Supporters have made the Hawthorns one of the toughest grounds in the Championship for opposing teams to visit in part due to the noise and buzz fans create on matchdays, spurring the Slaven Bilic’s side on the pitch and sometimes putting opponents off their game. 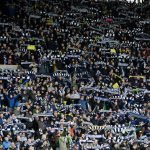 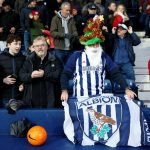 And a video posted by West Brom’s official Twitter account of the Smethwick End in full voice only goes to prove how important fan involvement has been for the club this season, with the clip garnering plenty of praise and astonishment from Albion supporters on social media.

This just makes me adore everything about this club, superb support, as always.

Bang on. The passion shown from the fans even through hard times the past few seasons made me never lose faith and today the team is paying dividends, despite a few shaky performances we’re still on track for automatic promotion and with one hand on the title. Let’s keep this up!

Millenium corner was belting this out aswell

Love sitting in the Smethwick.

Only been in the smethwick 2 season but that was the loudest I’ve heard it. Coyb!

As records from LiveScore show, West Brom have one of the best home records in the Championship this season, losing just once in 13 games so far this campaign.