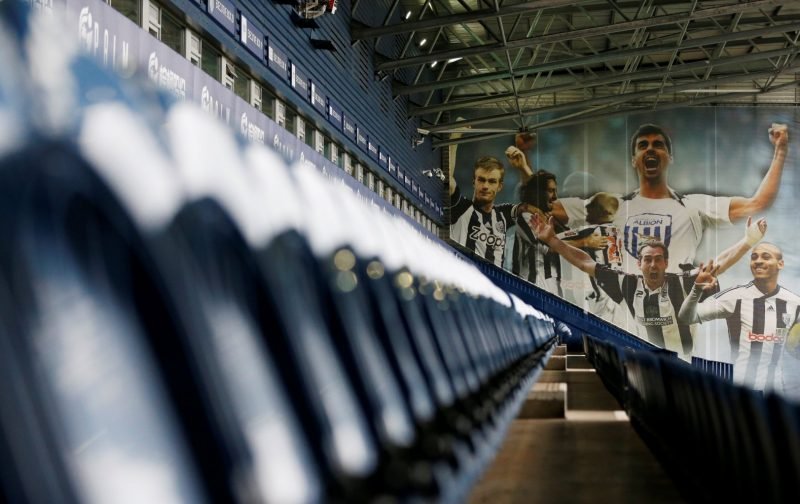 The signing of Chris Willock on deadline day was a fairly exciting one for West Brom, yet fast forward to now, and the transfer has been nothing short of a flop.

Chris Willock and @RayTulloch9 both hit braces as we came from two goals down to beat @ReadingFC 4-2 tonight.

As stats from WhoScored show, the former Arsenal academy star us yet to play a single minute of first-team football under Slaven Bilic, resorting to featuring in Premier League 2 for West Brom’s U-23 side, yet Willock’s latest performance has caught the eyes of supporters.

The Benfica loanee bagged a brace for West Brom last night in their PL2 game against Reading, with the Albion running out 4-2 winners against the Royals in an entertaining match, with Willock scoring a beauty of an opener, and Baggies fans on social media were practically begging Slaven Bilic to give the young attacker a chance in the first-team.

Here’s what West Brom fans had to say on Twitter about Willock, with lots pleading with the Croatian manager to hand the winger a shot in the senior squad…

Get him in the squad next game

Would like to see Chris Willock given a run out, but I guess Slav sees him in training everyday and knows best. ??

Need to get him some game time or send him back it’s not fair on the bloke, #freewillock

Willock fast feet. there must be something going on for him not to be given a chance.

How’s he not had a chance yet wilock

The Daily Mail reported last week that Willock had caught the eye of Huddersfield Town and Stoke City.