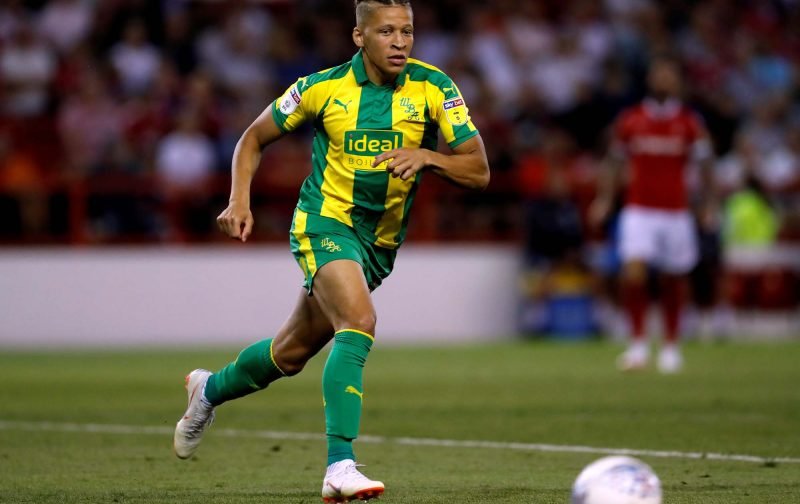 On loan West Bromwich Albion striker Dwight Gayle has been charged by the Football Association this evening with ‘successful deception of a match official’ following the award of a penalty in Tuesday evening’s draw with Nottingham Forest.

The 28-year-old was deemed to have been fouled by matchday referee Lee Mason in the 89th minute of the game in the 2-2 draw, and Jay Rodriguez successfully converted the penalty opportunity to tie the scores up and take a point.

Sky Sports were one of many to report the charge coming in from the FA, and Gayle now has until 6pm on Thursday evening to accept or challenge the accusation.

It’s not a surprise it’s been raised by the FA following the rule changes back in 2017 as the incident drew plenty of focus at the time from pundits and fans and in fairness, to me it looks like he goes down in anticipation whereas if he’d have carried on he’d have been caught and taken down anyway with contact.

Whether that actually ticks the ‘simulation’ element as the rule change intended is open for debate.

If he accepts the charge or is found guilty in any event, it’s an automatic two game ban.