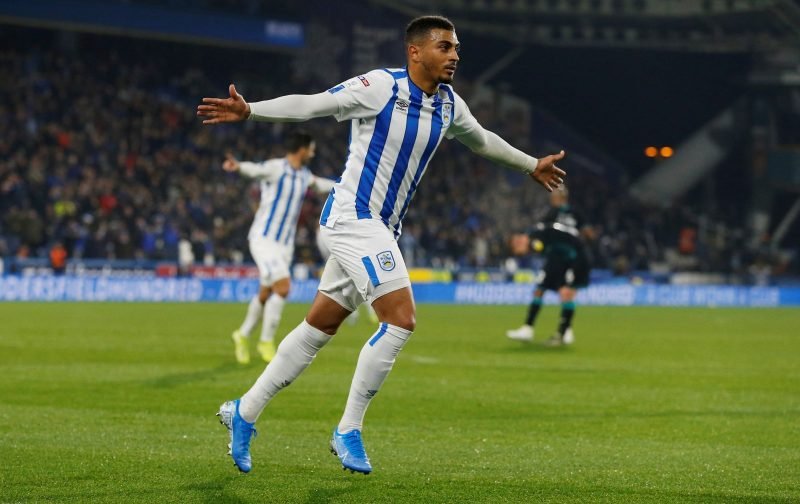 West Brom have made a fresh final bid to sign striker Karlan Grant from Huddersfield Town, The Sun reporter Alan Nixon has claimed.

The Baggies are in the hunt for a goalscorer to keep them competitive in the Premier League this season, and it was reported earlier this summer that Slaven Bilic’s side have seen a bid rejected by The Terriers, with the Championship club apparently demanding £16million for the 22-year-old.

It seems however, as though the Baggies are not done yet in their attempts to bring Grant to The Hawthorns before the window closes.

According to Nixon’s latest update, West Brm are set to make one final “major” bid to secure the services of Grant for the coming campaign.

The post goes on to suggest that while the structure of the deal may be unconventional, there is a chance that it could tempt Huddersfield to part company with their top scorer from last season.

As well as that, it has also been suggested that West Brom have put their pursuit of other reported targets – such as Rennes’ M’Baye Niang and Metz’ Habib Diallo – on hold while they wait on news of this bid for Grant.

West Brom. Making a major final bid to do Karlan Grant from Huddersfield. Odd structure to deal but may work. Other foreign options on hold.

It feels absolutely vital that this works for West Brom, so it is encouraging to say that there is a chance that it could be successful.

Grant does seem to have been their number one target to fill the goalscoring role this summer, and it would be a big show of intent if they were to bring Grant to The Hawthorns.

Indeed, with the international window set to close on Monday, you feel this one will have to work, or else the Baggies could find it hard to bring in one of their other targets with so little time remaining in the window, meaning they could end up with no new striker if this does not work.