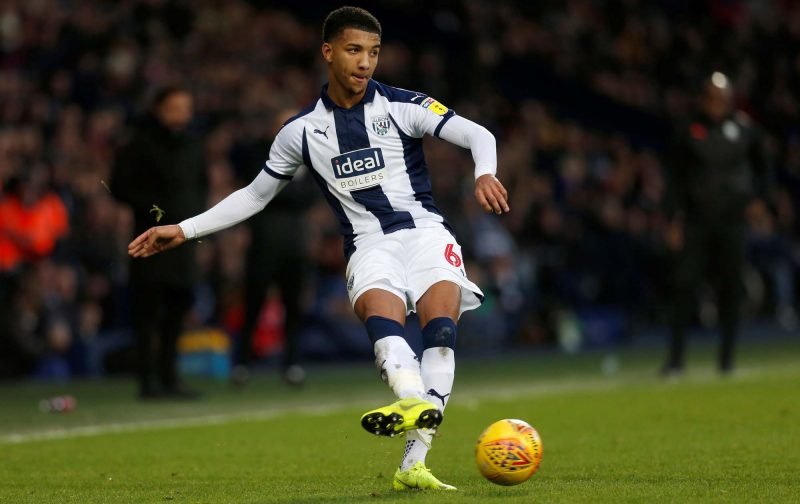 Everton defender Mason Holgate was looking to make a point after slipping down Marco Silva’s pecking order when he made the switch to West Bromwich Albion in the January transfer window, and he’s certainly making it in his appearances so far.

The 22-year-old former England Under 21 international now has nine appearances to his name following the switch and eight of those have been starts in the right side of defence despite being a centre-half by trade.

Head coach Darren Moore will be delighted with his efforts in what has been a problematic spot for most of the campaign, and having picked up an assist in the earlier game against Aston Villa, he repeated the trick to set up Jake Livermore’s late winner at Loftus Road to give us another three points as we battle for a first return to the Premier League.

Go up and we have more chance of keeping him than we do now, just a shame we didn’t have a permanent clause in the loan but despite the lack of game time, Everton must know what kind of player they potentially have in him.

Christ. That's one of those games that leaves you feeling that maybe, just maybe, we're going to achieve promotion this season. Well fought, as so many games will now have to be.

Also, please sign Holgate. Everything about him is superb. #WBA

Thanks Everton for Mason Holgate. I think most West Brom fans would agree that he's doing very well here and we probably won't wanna give him back at the end of the season. You've got a quality player there. #wba #efc

Just look at Holgate’s reaction!!!! What amazing loan signings the team brought in!! Not only on the pitch, but seem like great guys as well!!! ????⚪️

I have to say I thought #wba were brilliant last night but still occasional lapses in concentration shows teams will continual to punish us. However great teamwork, desire. Hegazi a beast, Holgate & Gibbs best full backs in the league, Field composed, Barry brilliant when he….

Need to give harper a new contract and get holgate permanent get some big money down for him!

Is it just me or is Mason Holgate absolutely class by the way? #wba #efc