Delusion can be a powerful thing in football that separates the realists from the pessimists and the optimists, and Twitter this week has already been graced with an exceptional example of a deluded fan.

If we sell Pereira for £858m-£920m in the summer. We’ll have a £1.5b transfer budget. If we invest in the right areas we could push for top 4. This is how I would like us set up if we get the targets I know we could easily bring in, with our infrastructure and project. #wba pic.twitter.com/bL8u1tS9JJ

Aston Villa Bible on Twitter posted a potential starting XI for the Villians next season should the club sell star player Jack Grealish, with the team including some sensational and borderline ridiculous players from the like of Norweigian star Martin Odegaard and in-form Everton attacker Dominic Calvert-Lewin. 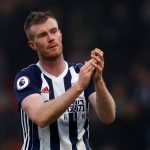 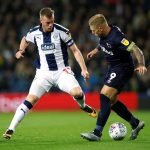 And as you would expect in this day and age, the post was mocked into oblivion by rival fans on social media, and West Brom supporters, in particular, had some fun with parodying the tweet with and XI of their own, with one going the extra mile in some of the suggestions.

Personally drop Pele the fraud and get Ronaldo up top

What’s Brunt got to do to get a game, legend

West Brom fans will be hoping the club will go big on signings in the summer if they are promoted to the Championship.