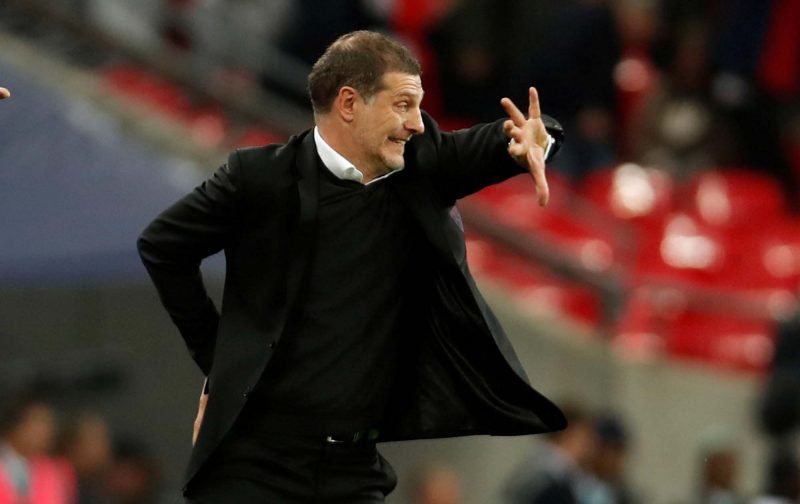 West Bromwich Albion head coach Slaven Bilic has been enjoying out in the sun with what remains of the first team squad in Spain’s Costa Blanca since we headed out.

Giving a recent interview to wba.co.uk he reassured fans that training had been good so far and that the players had given him an ‘unbelievable’ effort so far, but he importantly spoke about the state of the squad when it comes to strengthening given the departures we’ve seen.

Whilst Bilic wasn’t daft enough to discuss his thoughts on the fees recouped for Craig Dawson and Jay Rodriguez, he didn’t underplay the importance of getting squad strengthening right and he was confident that we have our short list of potential new players and he wasn’t panicking as he knew the club were working on them.

“Nowadays recruitment is the most important thing – to be clever, to be active, to know what you want to do, and then to be lucky. So yes, we’ve lost a few players, we’ve lost from last season five or six players. I’m not panicking, of course, we have our plan… we have our list and we have to make it balance between loaning and buying. We have good connections and we have a plan. You have to be a little bit lucky to find the right ones.”

Those of a more depressed mindset will point out he’s unlikely to have said anything else, but if you take anything away from that he’s more looking at the loan market as opposed to straight buys, so it will naturally mean a busy end to the transfer window and possibly after the season has already started.

E&S journalist Matt Wilson added his own thoughts and a larger set of quotes from the gaffer on the subject.

“It was Dwight Gayle, now we lost Dawson and Jay Rodriguez – he’s a brilliant player and character to have around. Put it like this, we have to somehow compensate for losing 48 goals. Even Real Madrid has struggled without Ronaldo’s 50 goals. So we have to be active.”

#wba always going to see who left first because it affects budget. Outgoings may not be done, but Dawson and JRod gives them ££ to play with. Striker(s) main priority now & how much they spend up top impacts what's left for elsewhere. Likely to be a busy finish to the window

Although worryingly the E&S report also includes the line.

“Fortunately, I’m being told we have some money to spend. I was told we had to sell to buy.”

We have sold, just probably not the players we’d have hoped to! But Bilic does have a quiet confidence about him so although fans understandably had a mixed reaction to his words, you can certainly see why plenty were willing to trust in him as well.

When you say busy finish….is that code for last day panic??#wba

Any possible gayle return , even if it was on loan

Wait and see who's left then have a look at replacements. This is absolutely criminal. Any company when it reaches a certain size MUST pull together a succession plan. We are hemorrhaging senior pros it's a suck it and see methodology they go for? Terrifying