Albion Confirm The Arrival Of Everton Youngster – “Really Good Player, Should Be A Great Addition” 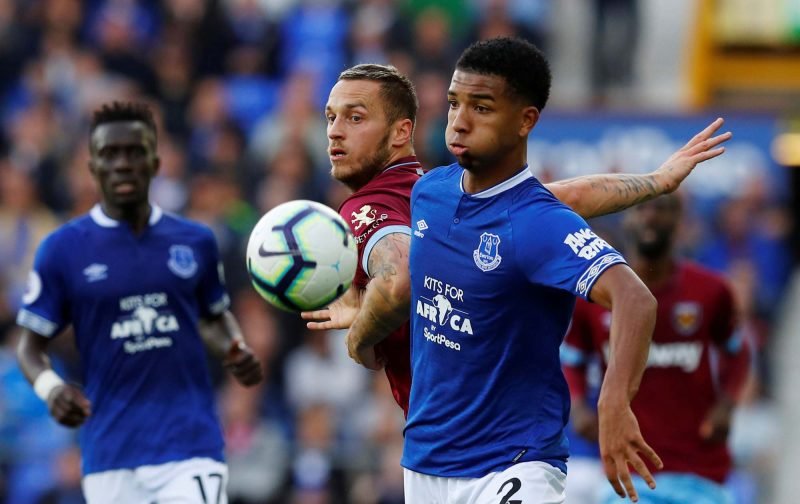 Following the news that Everton and England Under 21 international Mason Holgate was undergoing a medical at the club ahead of a planned loan arrival at West Bromwich Albion in the January transfer window, the club confirmed his arrival yesterday.

The young defender will join us on loan until the end of the season from @Everton…#WBA https://t.co/9yf6iAPTeQ

The 22-year-old will officially complete his move today when the January transfer window reopens but it means the versatile centre-half and right-back is ineligible for the Championship clash at Blackburn Rovers – he comes into head coach Darren Moore’s thoughts for the FA Cup clash against Wigan Athletic on home soil on Saturday, January 5.

Speaking to wba.co.uk Moore admitted his delight at getting the youngster at the second time of asking.

“I tried to bring Mason into the squad in the summer but at that stage Everton were not willing to release him. I watched him play against Salomon Rondon in the goalless draw at The Hawthorns last season and I thought he was outstanding. I want to get our business done as early as possible and this is a good start – I’m grateful to get him into the squad now.”

With plenty of West Brom fans being pleased with his arrival given what we know of him from a distance, there was also incredibly positives words from fans of his parent club Everton as they pipped up to give their thoughts on the deal going through.

Outstanding bit of business to support the final push! #wba

Nice insight mate, and we owe him every opportunity to make an impact and improve, hope he enjoys it…????⚪️❤️

Welcome to The Hawthorns Mason and good luck, hope you have a good time with us.

Got a good player there, good luck to mason and Albion

Both the club and Moore referring to this as our "1st" signing. If we can get one or two out, even if only on loan (Burke, Field) then another striker should give us an excellent shot at going back up 1st time. Us & Leeds then maybe Derby i think?

Quality addition for me.