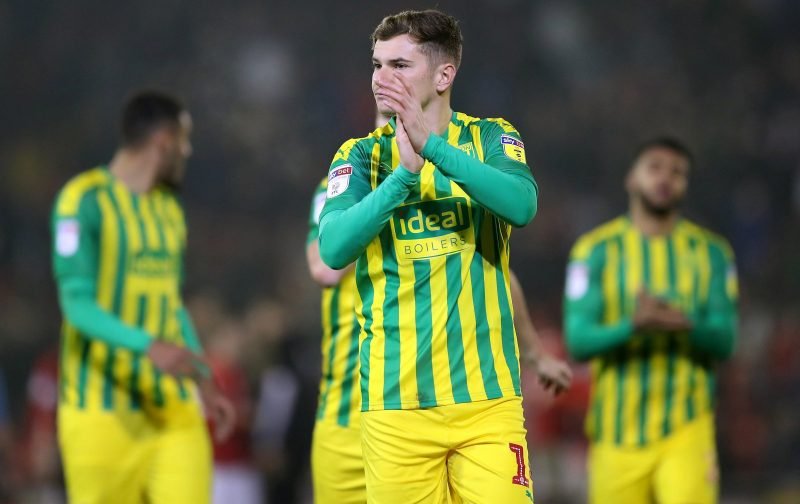 Early injuries in games are a sure-fire way to scrap up the tactics for a game, and for West Brom, they had to do just this as Kieran Gibbs was forced off the pitch just 18 minutes in due to injury, with Conor Townsend coming on for the injured left-back.

Gibbs is first choice and is a class apart but no fan tonight can say a bad word about Connor Townsend, he didnt put a foot wrong, quality from him If you disagree you have an agenda against the lad #wba

The club’s second-choice left-back has often been a player criticised by supporters for his lacklustre performances and often silly mistakes in bad areas of the pitch, but tonight was different for Townsend as the 26-year-old defender performed well against a dangerous Leeds United side that have proven to be West Brom’s title rivals this campaign.

The fullback did well against Leeds’ potent attack, being awarded a 5/10 rating from The Birmingham Mail for his performance as well as winning praise from supporters on social media.

Luke mate I agree I’ve been backing him since he joined. Going forward he always looks good but defensively he looks so nervous. Think the bloke in front of me is sick of me shouting his name (lower east) giving him some encouragement. A player we need to get behind

Townsend was great and played far better than Edwards, who is hailed by some as some sort of future Messiah?

No agenda. Fairly solid. Two needless tackles for fouls near area. Handball not given in area. Just not good enough to now play 6 matches until sick note returns

Agree. Townsend very composed at times in difficult positions. He isn’t consistent but I like him.

Totally agree. The lad has come in cold so many times recently. He has done excellent overall. Well done Connor.

The 1-1 result meant that Leeds remain top of the Championship table in the first week of 2020 on goal difference alone.