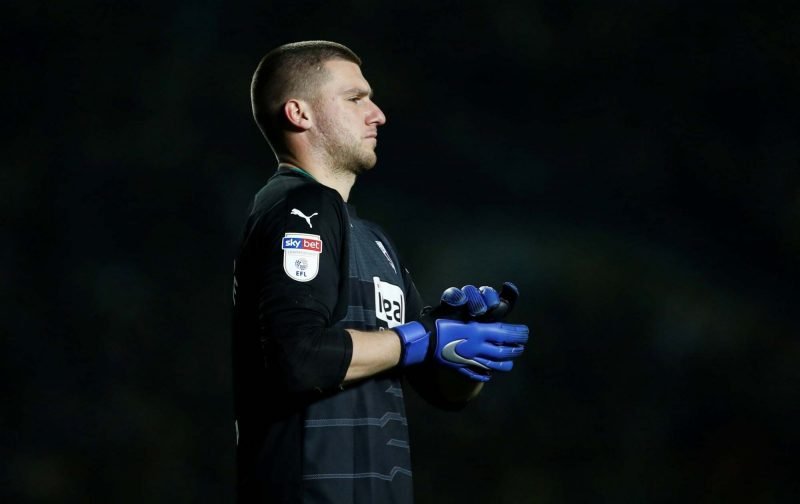 It may not always have been spectacular, but West Bromwich Albion’s start to the season under new manager Slaven Bilic has been steady and impressive and we went into the October international break sat in top spot in the Championship table on goal difference. Our return to action this weekend was also impressive as we kept that form going and took victory over Middlesbrough.

A solitary goal, late on, from Hal Robson-Kanu was enough to return all three points in another good performance from the squad, and we’ve even opened up a little gap at the top of the table now given Nottingham Forest are still to play (at the time of typing).

Statistics website Whoscored were certainly positive with their player ratings after that game, but goalkeeper Sam Johnstone took their star man award to lift Man of the Match from the clash with a score of 7.86. 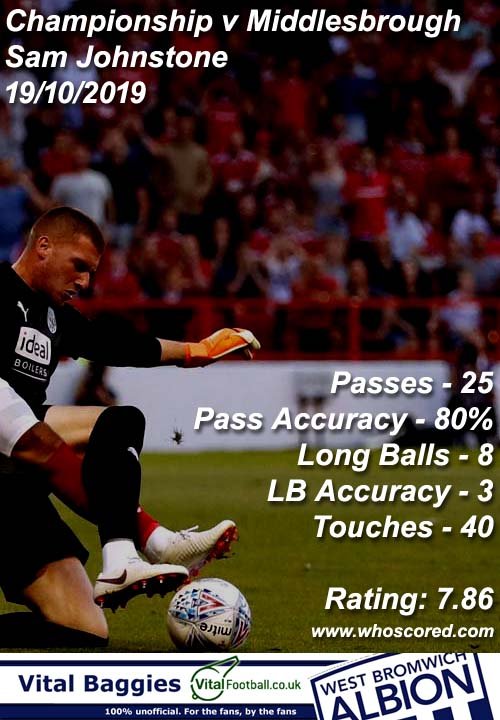 Following closely behind him to complete the top five best performers on the day were Kyle Bartley (7.85), Nathan Ferguson (7.63), Darnell Furlong (7.62) and Grady Diangana (7.50).

Helping themselves to seven plus scores, those five were followed by Mats Pereira, goalscorer Hal Robson-Kanu, Semi Ajayi and Jake Livermore.

The Baggies keep on Boinging…