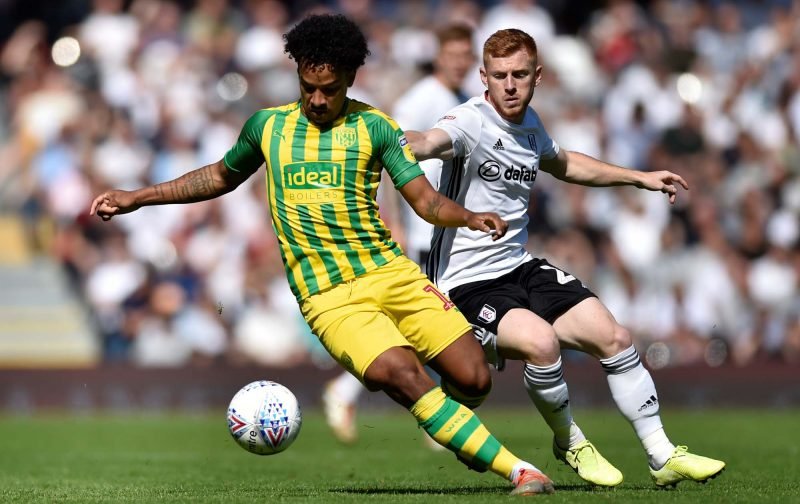 Having tasted disappointment in the midweek Championship clash, West Bromwich Albion head coach Slaven Bilic saw his side get back to winning ways in Saturday’s hosting of Cardiff City and we went into the October international break in great spirits – having put ourselves back joint at the top of the second tier table.

We were almost in complete control of the game at The Hawthorns, with Matheus Pereira, Grady Diangana, Charlie Austin and Romaine Sawyers all getting on the scoresheet in what was a 4-2 victory – despite Cardiff’s late rally.

Statistics website Whoscored handed our 23-year-old opening goalscorer their star man award with a score of 8.73 as he lifted Man of the Match from the game. 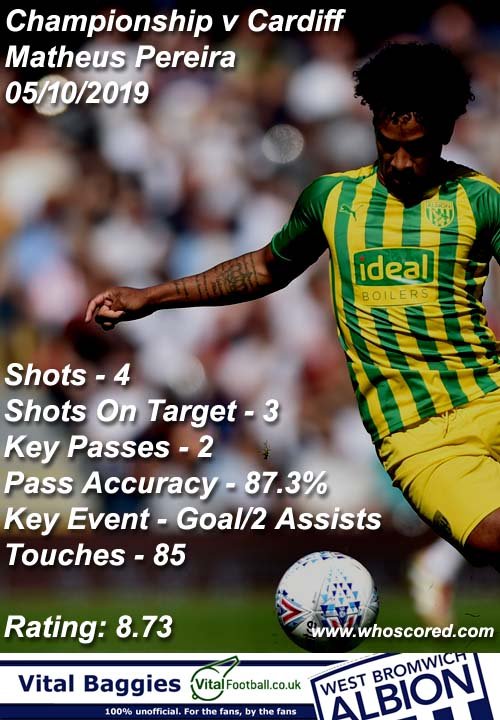 Darnell Furlong and Semi Ajayi also helped themselves to plus seven scores for their efforts on the day.

Rest up, regroup and go again when real football returns later in the month.