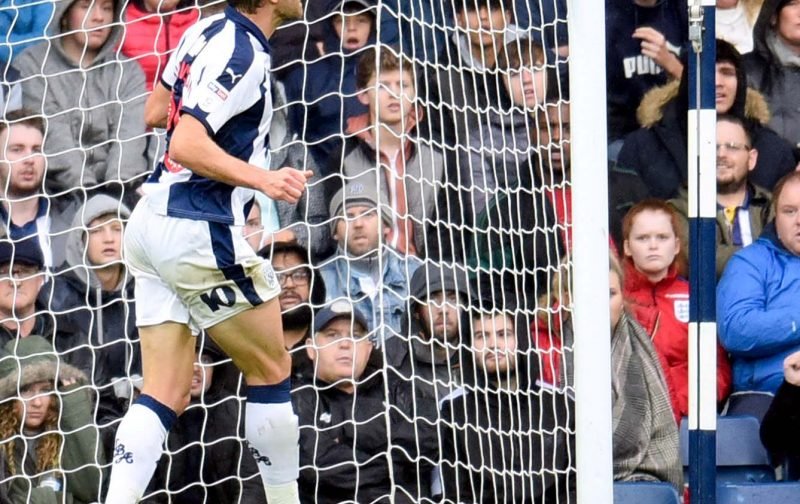 West Bromwich Albion couldn’t really have done much more on Tuesday evening as we welcomed Aston Villa to The Hawthorns for the second leg of our Championship Play-Off Semi-Final.

Having lost the first leg 2-1, it was all to play for and centre-half Craig Dawson certainly gave us hope as he opened the scoring 29 minutes into the game. Villa largely dominated and we only got two further efforts on target and neither side could find the breakthrough in normal or extra time, so it was decided by the lottery of penalties.

Mason Holgate and Ahmed Hegazi missed their efforts, and that’s all history records.

Statistics website Whoscored were pretty positive in their player ratings, and Craig Dawson took their star man award to lift Man of the Match with a massive 8.45 score. 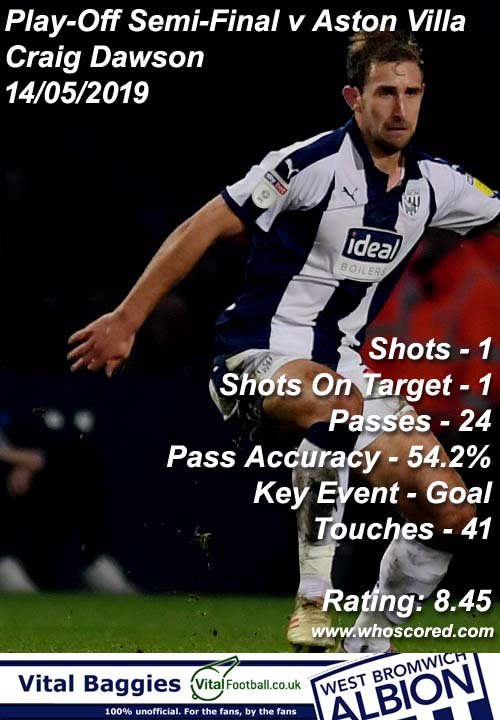 Completing the top five best performers on the night, understandably, were our defence.

A big summer now, questions for the Board and owners and managerial questions. Will the next gaffer be given lofty expectations on a shoestring?